We’re improving the A47 Guyhirn junction by increasing the size of the roundabout to ease congestion and cope with increasing traffic levels. 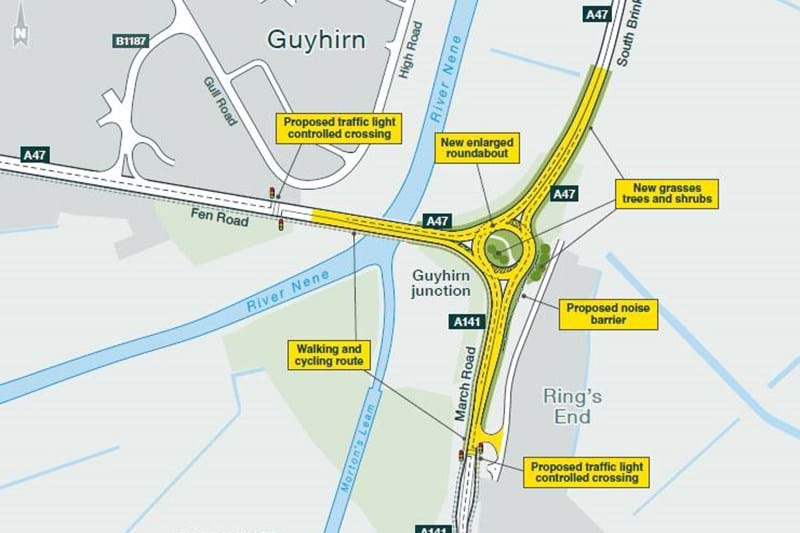 Visit our A47 Guyhirn feedback tool to have your say. The tool includes an interactive map. You can click on a location to make a specific comment, or give us your general feedback.

ECHO is a one-way feedback tool, so if you’d like a response to your feedback you can email the project team at A47GuyhirnJunctionRIS@nationalhighways.co.uk. 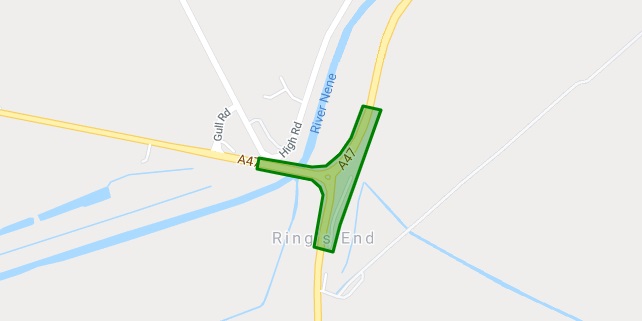 You can also find out more about the project and upcoming our closures by visiting our virtual exhibition.

We’re improving the A47 in six places between Peterborough and Great Yarmouth as part of a £300 million-plus investment, including the Guyhirn junction.

We’ll be making changes to the Guyhirn junction between the A47 (Fen Road to South Brink) and the A141 (March Road) which is used by over 20,000 vehicles a day and experiences high levels of congestion. The junction improvements aim to reduce congestion, improve journey times and increase safety.

Following our Preferred Route Announcement (PRA) in 2017, we undertook a variety of technical and traffic surveys to help us finalise our design for the project. As part of this we made some changes to our design which means it now falls within the existing highway boundary. This means that we do not need to obtain planning permission as we originally thought, saving time and enabling us to start work earlier than planned.

With this scheme, we’re aiming to:

During construction, our aim is to provide a safe environment for all those working on or travelling through our roadworks, while keeping delays to a minimum. To help that, we’ll have the following in place:

To keep traffic moving, we’ll keep all the lanes on the road open but reduce the width of the lanes so we can minimise disruption to motorists.

We will put in place a temporary 30mph speed limit through the roadworks for safety reasons.

We will install a temporary smaller roundabout at Guyhirn junction which will help keep traffic moving whilst we construct the larger improved roundabout.

Diagram of diversions for road closures South of Guyhirn roundabout

Diversions for road closures to north and west of Guyhirn roundabout

To allow us to complete our work efficiently and limit disruption to traffic, we’ll be working during both day and night time from Mondays to Saturdays and occasionally on some Sundays.

We will keep public footpaths open for walkers and cyclists, although we’ll need to make some slight changes to the existing routes.

We will remove the existing streetlights and replace them with temporary lights throughout the construction period, to help maintain safety for all road users.

At times, some of our work will be noisy. We’re working closely with local communities who may be affected to manage this wherever possible, particularly around Old March Road. Towards the end of the project, we’ll build a permanent acoustic and light barrier at the south side of the roundabout adjacent to Old March Road.

A47 Wansford to Sutton dualling