Part cycling commuter route, part tourist attraction, part wildlife haven; the Tidenham Tunnel connects Chepstow and Tintern as part of the picturesque Wye Valley Greenway on the border between Wales and England. Managed by National Highways and now leased to Sustrans on a long-term basis, it’s been fully restored to its former glory for cyclists and walkers to enjoy as a cool, peaceful interlude along routes around the beautiful Wye Valley.

Project managed by: Greenways and Cycleways

Status: Complete and open to the public as of March 2021

Tidenham Tunnel is 1km long and runs 100m below the surface at its deepest point. It opened in 1876 as part of the railway line that ran between Chepstow and Monmouth. It was planned to support the local industrial economy, which centred around iron and copper. Because goods and passengers had to navigate a long way through the hills and valleys, a new tunnel would shorten this journey. It was hoped that Chepstow would have a chance at competing with the nearby busy industrial ports of Cardiff, Newport and Swansea. By the time the railway was fully running, much of this industry was in decline – but it was rapidly being replaced by a bustling tourist industry as people flocked to the greenery of the Wye Valley. 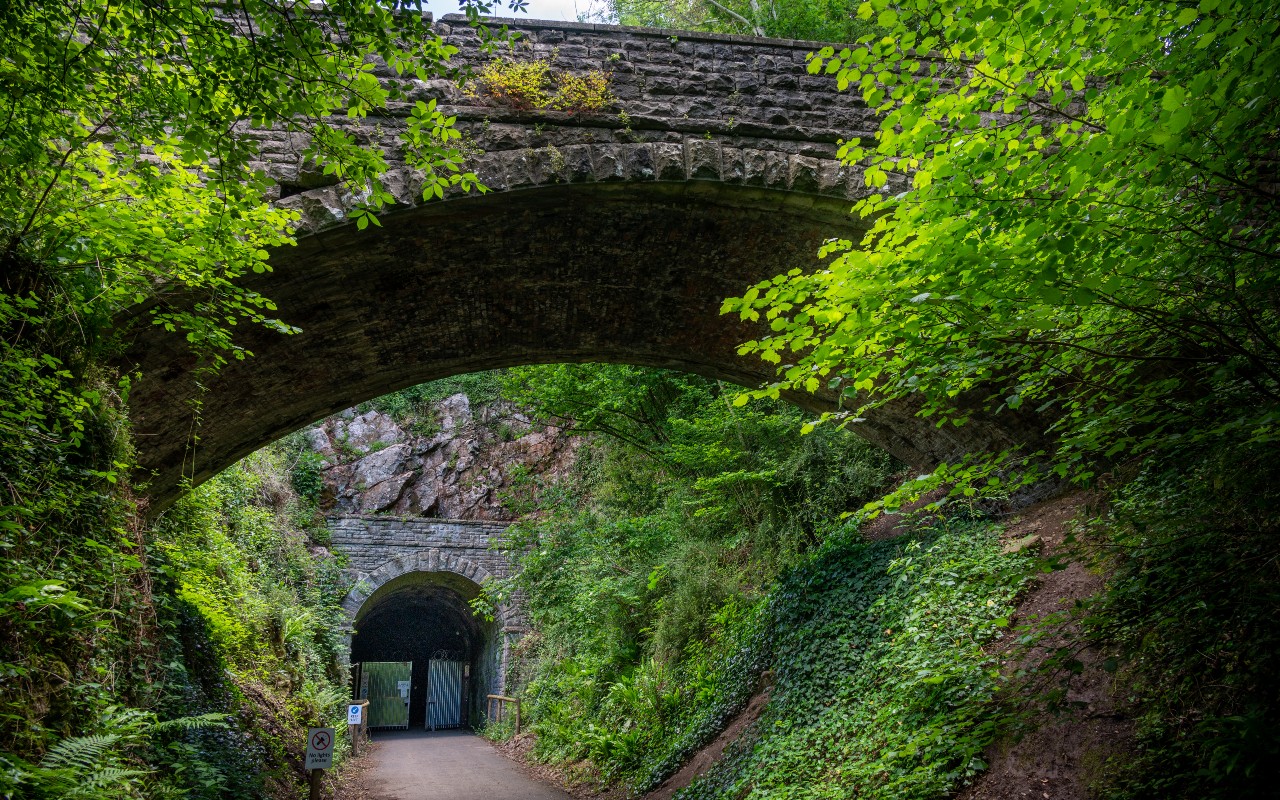 The line opened in 1876 and closed to passengers in 1959. It operated for goods only – especially taking stone to and from Tintern Quarry – until 1981.

In 2019, after decades of disuse, Sustrans started work on a project to restore the tunnel and turn it into a walking and cycling route. Local charity Greenways and Cycleroutes Ltd worked with the National Diving and Activity Centre and successfully applied for planning permission, taking on responsibility for the project delivery and maintenance from Sustrans. Their team led negotiations and preparations for the project, involving local people and landowners in its careful design, applying for funding and appointing contractors. A band of local volunteers carried out much of the preliminary site work ahead of the main contractors completing the construction in April 2021; this team still helps to maintain the route.

Because the tunnel is host to a population of bats, which are legally protected and can’t be disturbed when they’re roosting, the Tidenham Tunnel is closed for part of the year to protect them. It’s also the reason there is special low-level downlighting, to minimise any disturbance to them.

The tunnel is open in the daytime only from 1 April to 30 September.

The tunnel is closed from 1 October to 31 March.

The path to the north and south of Tidenham Tunnel remains open for the public to use 24 hours a day, 365 days a year. The Wye Valley Greenway website provides information for walkers and cyclists on how to navigate around the tunnel section when it’s closed.

Sustrans took on Tidenham Tunnel with a proposal to integrate it into the popular existing cycling and walking routes around the Wye Valley. We investigated their plans and agreed that it would be a great way to bring the tunnel back into public use, and the Department for Transport granted permission for us to lease the structures to Sustrans long-term.

This project is complete. National Highways continues to be responsible for its safety and upkeep. We fund examinations and maintenance on the tunnel, and provide technical support to Railway Paths Ltd. The tunnel has been open for the public to enjoy since 2021. 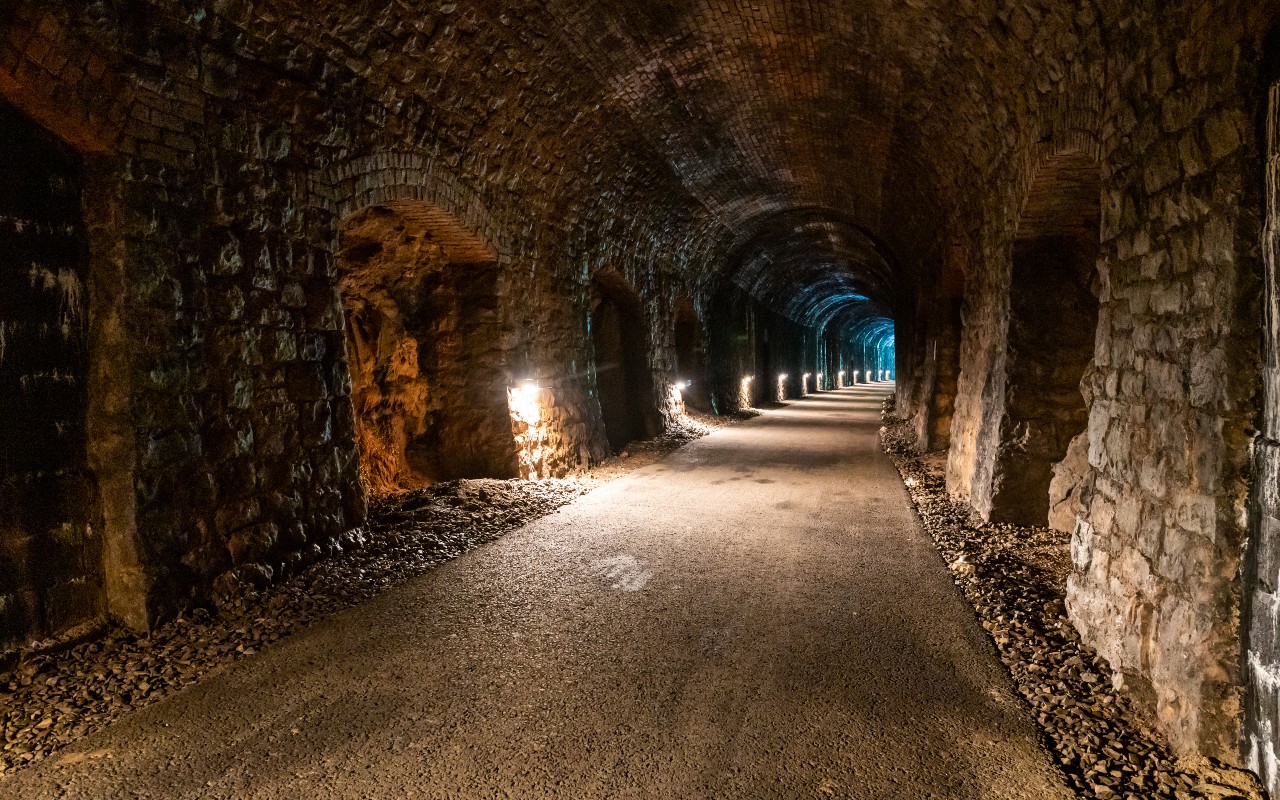 The Tidenham Tunnel opens in daytime from 1 April to 30 September each year. The tunnel is closed from 1 October to 31 March to protect the bat population. The path to the north and south of Tidenham tunnel remains open for the public to use 24 hours a day, 365 days a year.

"The Wye Valley Greenway is a prime example of a seemingly long abandoned and neglected former railway line which has found a new life and a new use as a spectacular and popular path for walkers and cyclists. The 5 mile long railway path connects Chepstow Castle and Tintern Abbey along a particularly picturesque section of the Wye Valley. The 1,100 metre long Tidenham Tunnel is the highlight of the route and was the key to making a level and completely traffic free route through this tranquil landscape."