This powerful landmark stands as a testament to the golden era of Victorian railway engineering. Owned by National Highways and leased to Sustrans on a long-term basis, it now offers walkers and cyclists stunning views of the surrounding hills and countryside as part of a winding network of active travel routes between many of England’s historic Northern mill towns.

Hewenden viaduct opened as part of the Queensbury railway line in 1884, linking northern English mill towns and cities for the thriving local textiles industry. 15 metres above ground at its highest, the Hewenden Viaduct carried both goods and passenger trains over the Pennine foothills. Its dizzying heights and sublime views of the surrounding hills earned this span of the route the nickname the ‘Alpine Route’. 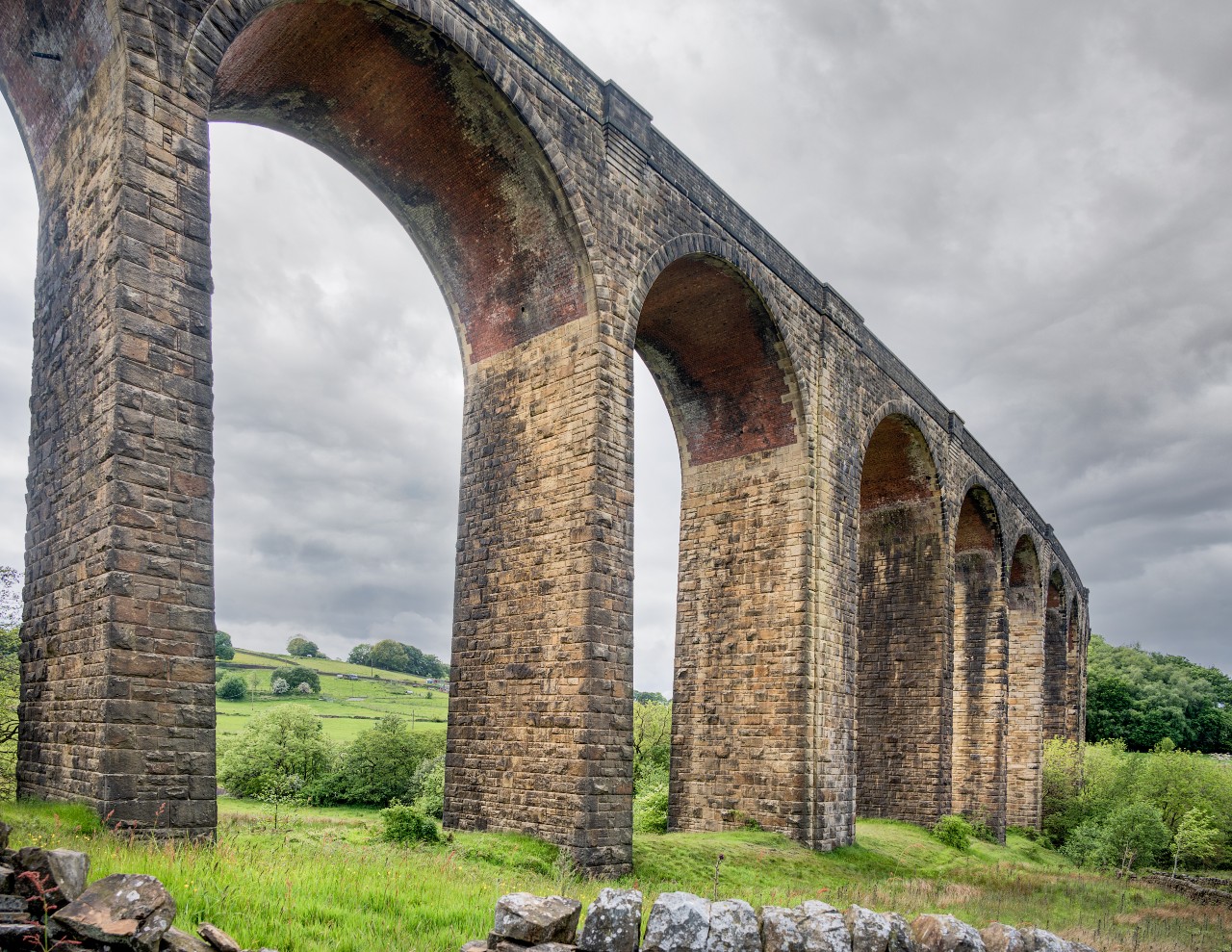 The viaduct consists of 17 brick arches, each with a 50 foot span, and was the second highest structure in the country when it was built. In keeping with other nearby structures – such as Cullingworth viaduct and both Queensbury and Lee Bank tunnels – the locally quarried heavy stone construction was complemented with neat facing stonework. The whole structure is supported by huge foundations that reach 60m down into the valley. It remains one of the most imposing and impressive examples of classic Victorian-era civil engineering in the UK.

It was closed when the railway between Thornton and Cullingworth was shut in 1963 as part of the ‘Beeching cuts’. Sustrans took on the long-term lease shortly after it was Grade II listed, in 1985, and since 2005 it’s been part of their Great Northern Railway Trail, a popular long-distance trail for cyclists and walkers that intersects Route 69 of the National Cycle Network.

Unsurprisingly, it’s now a firm favourite with artists, photographers, cyclists, walkers and rail and history enthusiasts, and a much-loved living testament to the industrial heritage of West Yorkshire.

Sustrans took on the viaduct with a proposal to turn the disused viaduct into a cycling and walking route as part of their popular and extensive network in the area. We investigated their plans and agreed that it would be a great way to bring the viaduct back into public use, and the Department for Transport granted permission for us to lease the structure to Sustrans long-term.

This project is complete. We fund examinations and maintenance on the viaducts, and provide technical support to Railway Paths Ltd. The route has been open for the public to enjoy since 2005. 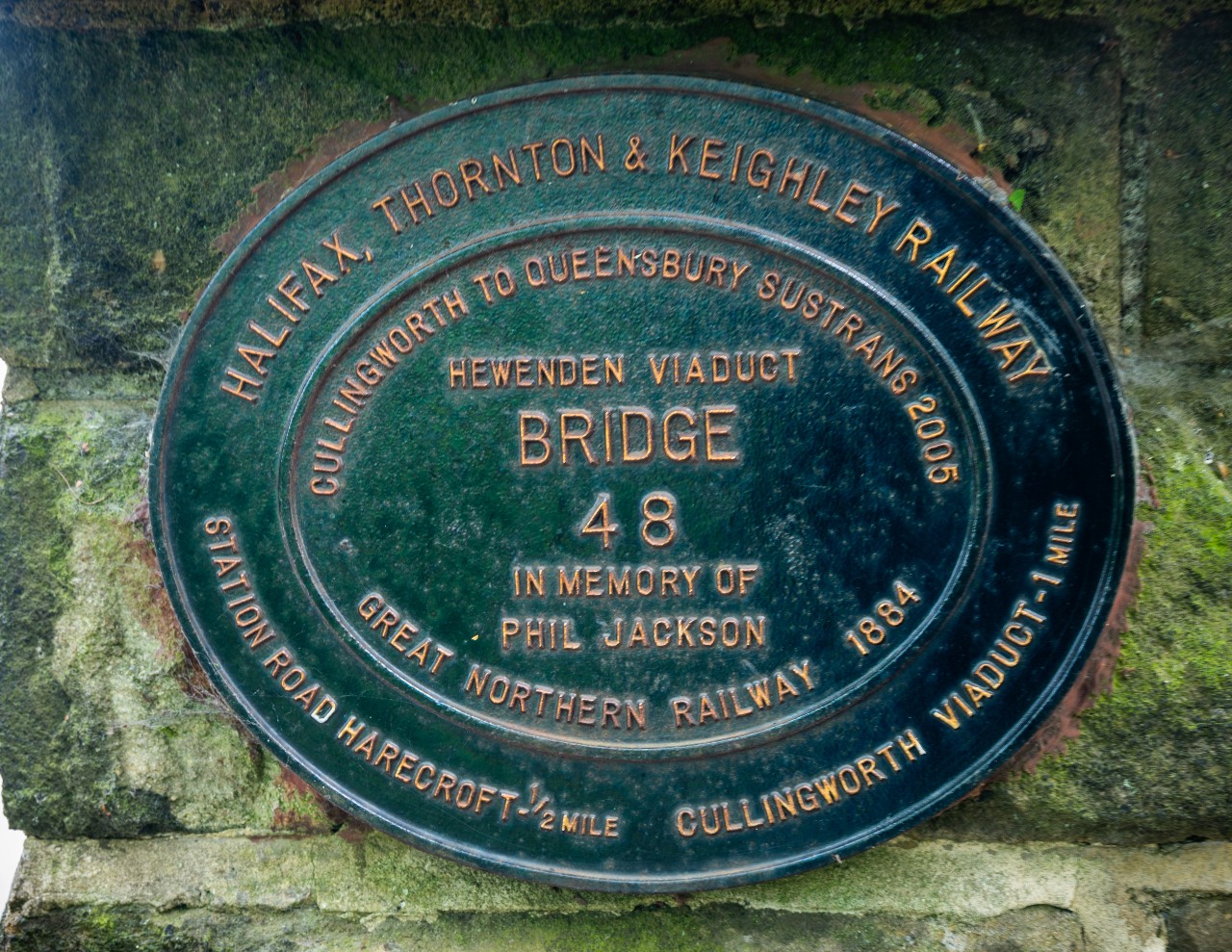 "Hewenden viaduct is a spectacular local landmark which played a significant role in industrial history as part of the Great Northern Railway Line between Bradford and Keighley. It is now a popular local walking and cycling route and it has huge potential to be part of a much longer traffic free walking and cycling route linking communities from Keighley to Cullingworth and Queensbury, and beyond. There are also ambitious plans to link the path to Halifax, Bradford and other parts of the National Cycle Network"