We part-funded a project to upgrade the walkway along the famous Bennerley Viaduct in Erewash Valley. It opened to the public in 2021, allowing walkers and cyclists to access this unique structure to enjoy the beautiful local scenery and connect with their local history.

Opened in 1878, Bennerley Viaduct, based in Ilkeston, Derbyshire, was originally constructed to carry the Great Northern Railway. Building this section of the line was a tough engineering challenge, as the easy geographical routes had already been taken by other railways. The Northern Railway was keen to install this new ‘Friargate Line’ to break the monopoly of the Midland Railway, who had built other successful routes to, from and between areas rich in coal mines and other industries.

The biggest obstacle was crossing the marshy and heavily mined Erewash Valley between Awsworth and Ilkeston. The viaduct was made of wrought iron lattice work, which was light enough to build on the landscape that was honeycombed with mine workings and liable to subsidence. It’s built like an ‘inland pier’ because the river it passes over is so wide.

The ‘Iron Giant’, as it was nicknamed, was eventually closed to railway traffic in the 1960s. After being saved from demolition, the community group Friends of Bennerley Viaduct formed and eventually put forward a proposal to make it an active travel route for cyclists and walkers. 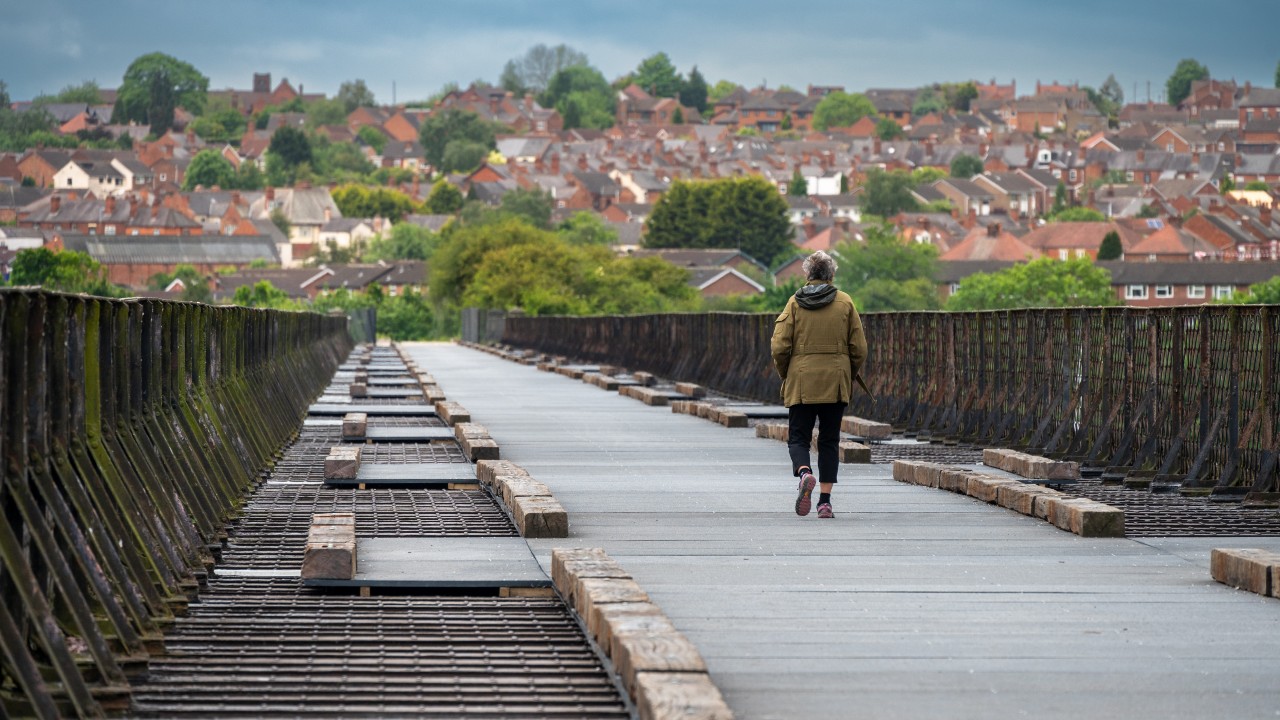 The ecology of the site meant that any work on the structure could only be light work – heavy engineering was out of the question in such an environmentally sensitive site. So we used engineering bricks and lime mortar to restore the structure, which now “floats” – its lightweight construction minimises its impact on the important local ecology, and means it can stay in place without further work for many years to come.

We part-funded the work to put a new deck on it, so you can now walk or cycle the whole length on a new safe “Skywalk” that was completed in January 2022, spotting local wildlife and taking in the stunning marshland views.

Bennerley Viaduct is owned by Railway Paths Ltd; we provide technical support. There is an agreement in place that that either National Highways or the Department for Transport will fund any major works that would cost over £100,000. 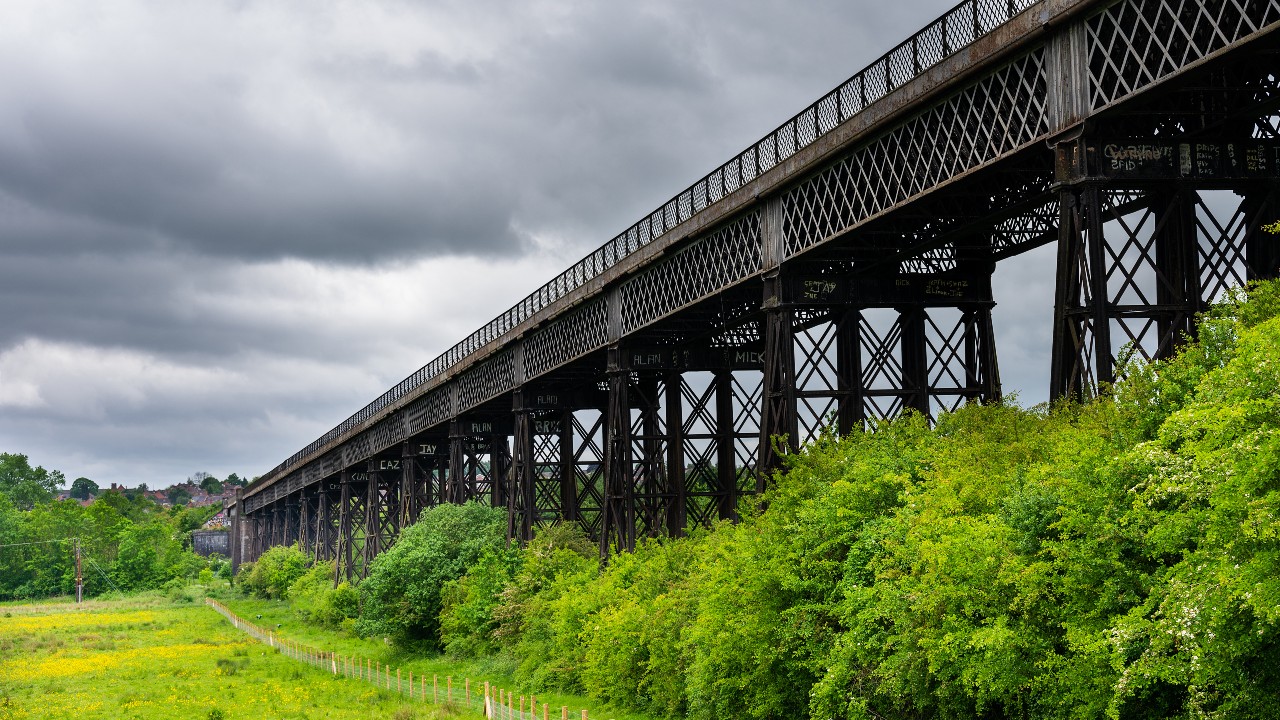 "Bennerley Viaduct has a rich history and an invaluable place within our community, where it has been a landmark since 1878. After 54 years of closure, working with a wide range of partners including Railway Paths Ltd. the volunteers of the Friends of Bennerley Viaduct were delighted to reopen it as a walking and cycling route. We're thrilled with the outcome and it’s wonderful to see people using the viaduct and enjoying the views."