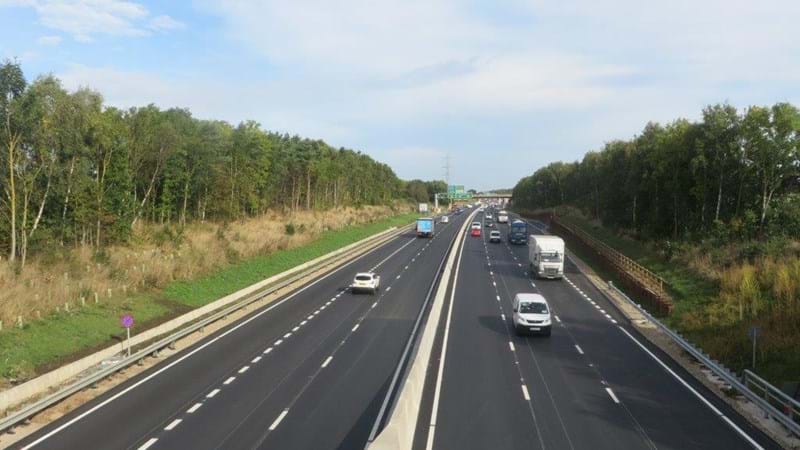 We've officially marked the start of main construction on the £220m* A1 Birtley to Coal House scheme today near Gateshead. When complete, it will boost the regional economy by improving journeys to the Newcastle and Tyneside area, by increasing capacity, making journeys safer and more reliable.

We've also widened and increased the number of lanes in both directions along the A19 in Teesside, between the Norton and Wynyard junctions, several months earlier than planned, creating swifter, more reliable free-flowing journeys.

This regional investment is part of a suite of improvements along the A19 and A1, amounting to more than £560 million*, which have either recently completed or are on the ground, forming part of the Government’s commitment to levelling up regions across the country.

“Investing in infrastructure is at the heart of this Government’s plans to build back better and level up the North, so it’s fantastic to see works underway on the A1 and improvements on the A19 finishing early.

“Both these schemes will bring a wealth of benefits to communities and businesses in the North East by boosting capacity, cutting congestion and ensuring better journeys across the region.”

“We pride ourselves on managing and improving England’s motorways and major A roads to make journeys safer, smoother and more reliable, as we deliver the Government’s strategic roads investment programme.

“I’m delighted to see the completion of the A19 Norton to Wynyard work earlier than planned so drivers can experience the benefits. It’s also great news that we’re now commencing the main construction work to upgrade the A1 between Birtley to Coal House.

“The A1 and the A19 are extremely important routes and these improvements, amongst the many others projects we’ve done - and are continuing to do in the region - will provide better, safer journeys and connections for our road users.” 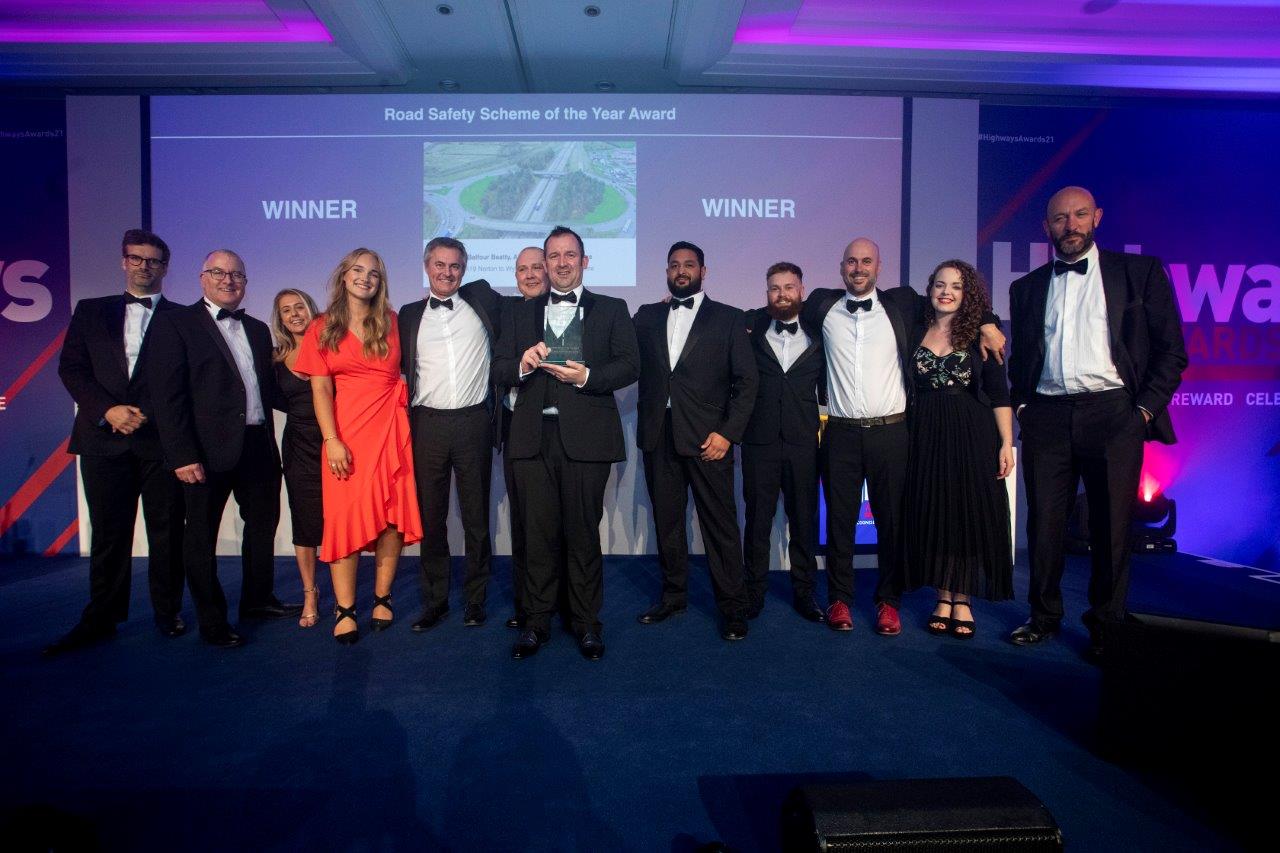 The A19 Norton to Wynyard project team collecting the Road Safety Scheme of the Year last month at this year’s Highways Awards along with ceremony host, comedian Marcus Brigstocke (far left)

Elsewhere along the A1 and A19 in the north east:

*All these are estimated costs of individual A19 and A1 major schemes either recently completed, or on the ground, by National Highways are:

A1 Birtley to Coal House

A19 Norton to Wynyard