A19 upgrade moving at pace for early completion 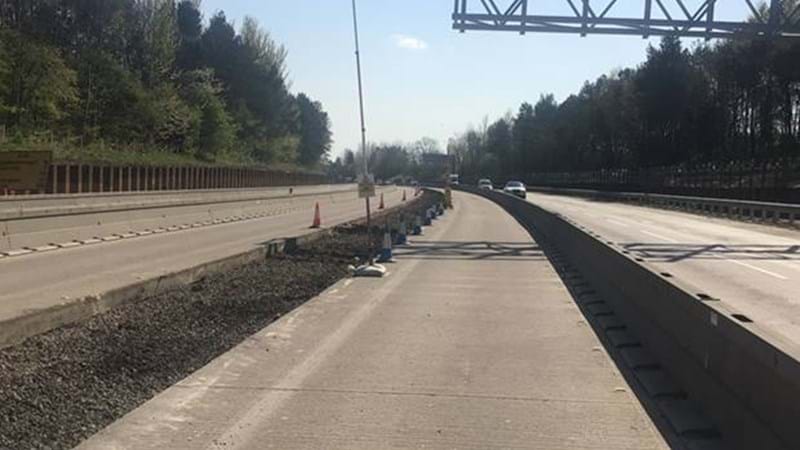 Highways England is making good progress on increasing the capacity between the A1027 Norton and A689 Wynyard junctions and expects to finish the scheme in the autumn this year, several months earlier than planned.

With the recent installation of new concrete central barriers, drainage and earth works, the team are moving on to the next phase of work which involves overlaying the concrete surface with a new, quieter, road surface.

“Over the next two months we will be working on the southbound carriageway and then the northbound carriageway. Our improvements will not only make the road surface safer along this key route, but will also make it quieter.

“This next phase of work marks an important moment for this stretch of the A19 as it brings us closer to our autumn completion date which is much earlier than originally planned.

“We would like to thank all drivers and residents for their continued patience as we reach the final stages of this upgrade so the region and drivers can soon benefit from this major investment.”

The £70+ million A19 Norton to Wynyard improvement scheme is part of a £300 million+ investment into a suite of crucial upgrades along the A19 to improve safety, cut congestion and boost access for drivers across the North East.

To carry out this latest phase of work, ongoing traffic management will be in place, as well as across two complete weekends where the northbound carriageway will be closed from 8pm on the Friday until 6am on the Monday. They will take place on both the 4 to 7 June and 11 to 14 June.

Some weekday overnight closures will be required over the coming months. We’d advise drivers to plan ahead before a journey if using the section of the A19 and visit Highways England’s A19 Norton to Wynyard web page, follow the regional Twitter feed at @HighwaysNEAST or Facebook feed to check for updates.

Overnight working and closures during the week will be from 8pm to 6am and clearly signed diversion routes will be place.