National Highways staff are certainly being kept busy during the Birmingham Commonwealth Games helping to manage the 1 million spectators expected to travel to the West Midlands for the event.

And many are going above and beyond the ‘day job’ volunteering to help at the Games in everything from taking part in the spectacular ceremonies, to transporting VIPs and organising the medals presentations.
National Highways offers three days paid leave for volunteering each year - to learn new skills and give back to the community - and many staff have taken up this opportunity to play a ‘once-in-a-lifetime’ role in the Games, which are running until 8 August.

The volunteers, who are part of the Commonwealth Collective, say they want to play their part in making sure the Games are a global success and their home city of Birmingham gets some international recognition.

Among those wearing two hats will be Sian Plant who is part of the National Highways team of traffic officers that are increasing and extending their patrols to help manage traffic volumes.
And when she isn’t at work on the roads, she is based at Sandwell Aquatics Centre, close to her home, as part of the team organising the medal presentations including escorting athletes and presenters to the podium.

Sian, who joined National Highways in February, said: “It’s not every day you get to do something like this, it’s such a good opportunity. I remember watching Tom Daley at the Olympics - now I could be escorting him to the podium.”

Recruitment Partner Laura Stanley got a surprise when she applied to be a volunteer – and was invited to take part in the selection process interviewing prospective volunteers. Laura, who is based in Birmingham and lives in Halesowen, said:

“You met people from all walks of life who just wanted to be involved in something special - doctors and other medical professionals who had worked through the pandemic, students, retirees, a BBC news reporter, and some former sports people came through.”

Doing the interviewing and selection centres inspired Laura to challenge herself and, having been in the same HR job for seven years, she applied for a secondment opportunity in recruitment. She said:

“It gave me that push, meeting new people and being inspired by their stories. And it gave me confidence in my own abilities.”

She volunteered to be part of the events team based at the Aquatics Centre where she is welcoming and directing people and ‘helping to create a real buzz.’

Volunteer Natalie Holford, who is also from Halesowen, picked a busy time to help out at the Games as she had to juggle training for the role with studying for two exams and starting a new job as a Finance Business Partner.

Her role is in the protocol team at Alexander Stadium when she looks after VIPs such as those presenting the medals, sports stars and civic dignitaries from home and abroad, perhaps even royalty.

Natalie, who has a sports science degree under her belt, is delighted to be part of such an iconic sporting event. She said: “I was looking forward to helping to greet and meet lots of new people as well as the other volunteers, the atmosphere is incredible.”

Some of National Highways ‘Commonwealth Collective’ are playing their parts in the opening and closing ceremonies such as Charlotte Foster.

Charlotte, who lives in Birmingham and is a Lean Regional Manager, has to marshall the athletes in the ceremonies, keeping them in the right zones as well as raising people’s spirits both those in the ceremony and the crowd.

She said: Something this exciting only comes along once in your lifetime. To experience being part of something as big as this is amazing.” 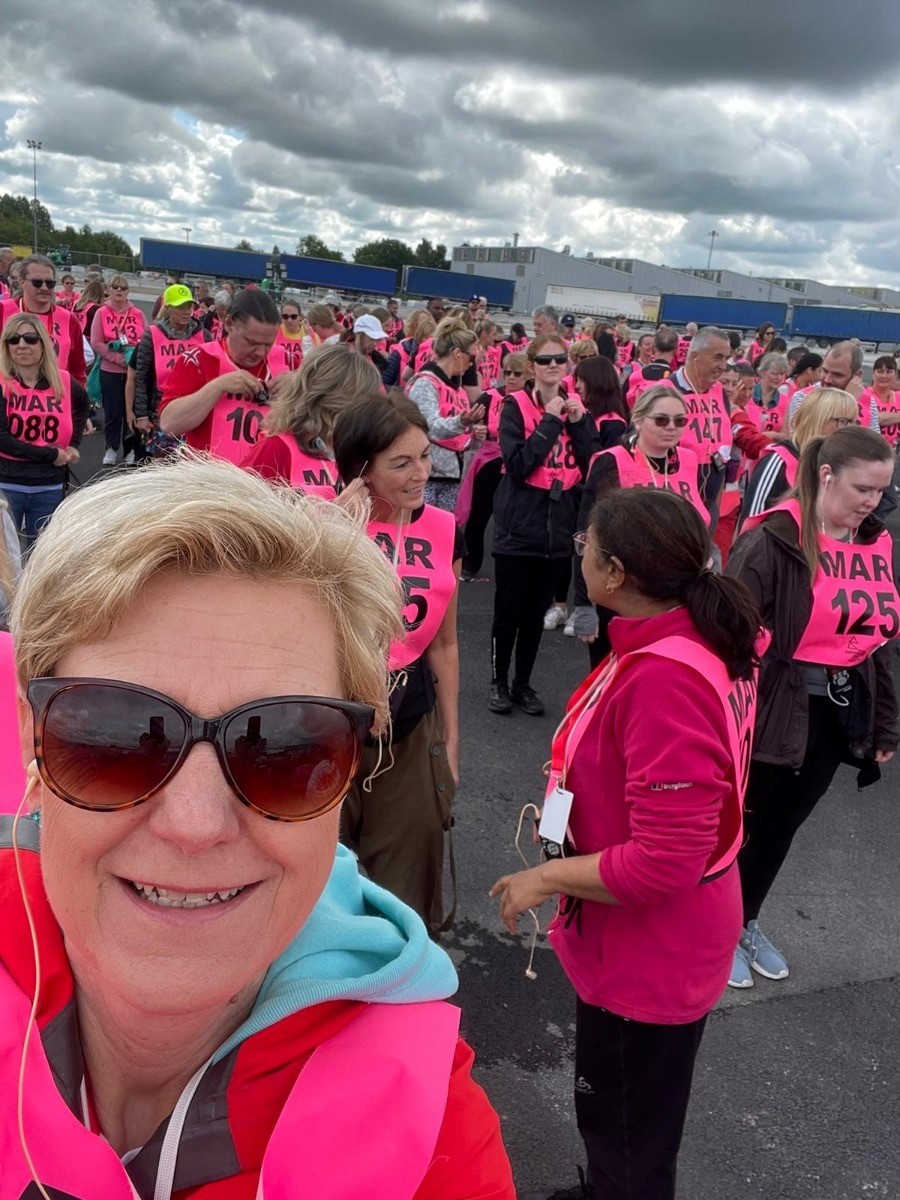 Meanwhile Craig Howard is providing the technical comms for the performers, making sure they are ‘miked up’ and helping direct them. He is a Senior Blight and Discretionary Advisor based in Birmingham, where he lives, and is enjoying flying the flag for the city. He said:

“I was looking to mark my 40th with new experiences and this certainly is that. I’m just looking for the experience, doing something I have never done before and increasing my skills. I wanted to be part of a once-in-a-lifetime opportunity.”

For Adrian Gallagher, this isn’t his first time volunteering. Adrian, part of the media operations team at the NEC, also volunteered for the 2012 Olympics when as part of the VIP team he met such names as Prince Edward, Prince Philip and Bill Gates. The Business Services Team Manager, from Sutton Coldfield, said:

“A bonus of the role is I may get to see a lot of the action but I’m really there for that feelgood factor. 2012 was such a good experience that I couldn’t not do it in my home city and I’m hoping the experience it will be just as good.

“I just want to be part of the Games experience and to make it the best experience it can be for people attending. It gives you such a buzz when you are part of something like this. I’m a proud Brummy so I do feel under some pressure to help make it the very best it can be.”

Matthew Sparks is a driver based at the university site in Aston getting volunteers, officials and athletes to venues on time. He said:

“I enjoy driving and I have an Advanced Institute of Motorists accreditation but to be honest I would have cleaned the loos or made their beds if they asked, I’m just happy to be part of it.”

Matthew, who oversees the network occupancy business admin team and lives in the Black Country added: “I’m proud of where I live and this is a real opportunity for Birmingham and the West Midlands.

“It’s a busman’s holiday really as I’m still dealing with roads while I’m on leave but really chuffed that I am able to play a part and the fact that it is roads related is a bonus.”

He is joined by fellow Black Country dweller, Kathryn Sneyd, who is also on the venue transport team. The Project Manager said:

“I’ve never done anything like this before. It was a real eye opener that so many roles were needed, I am just a tiny cog in this massive business of logistics. I want to look back at the event and say I helped.

“The three volunteering days make a massive difference as I have eight shifts. With the weekends I won’t have to use too many leave days.”

Richard Cullis has his dream job - working in the technology team at the NEC where his role will include collecting the results and updating the scoreboards for events such as table tennis which he has played for many years.

Business Support Officer Richard, from Worcester, has been particularly impressed by the support from the Games staff and fellow volunteers in the Collective. He said:

“The Collective is like a small, well in fact quite a large, community that has been set up. Everyone seems to be very friendly.” 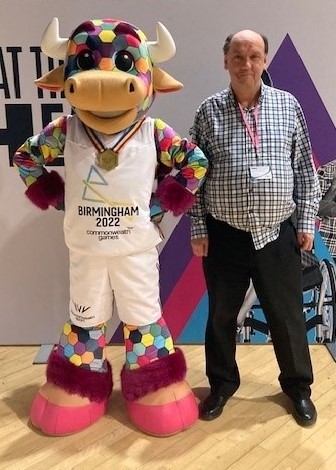 The Games are being held across 14 venues stretching from Coventry and Leamington Spa, to Cannock Chase Forest and Birmingham NEC and beyond.

Anyone heading to the Games or travelling in the area, when roads will be busier, are advised to always plan your route, check traffic conditions before setting out, make sure your vehicle is ready for the drive ahead and allow plenty of time for the trip. Visit the Birmingham 2022 Commonwealth Games website for travel advice.