Mucking in at Muckley Corner

More than 140 bags of rubbish were collected when National Highways organised a week-long litter-pick along an 11-mile stretch of the A5 in Staffordshire.

Among the items found dumped by the roadside were a large double mattress and cushions from a three-piece suite.

Local businesses, police, members of the community and contractors were among those that joined the mass clean-up.

From Monday 11 July until Friday 15 July, litter pickers were at work along the length of the A5 between Gailey Island, near Cannock and Muckley Corner, near Lichfield.

Contractors Colas, Chevron Green Services and Carnell took part in the clean-up and a team from Lichfield City Council.

As well as focusing on the roadside, Staffordshire Police joined the exercise to carry out load security checks on vehicles using the busy main road. Shed loads and items obstructing the carriageway pose a serious risk for road users.

In the West Midlands last year there were 7,514 incidents of the road being obstructed by shed loads and items found in the carriageway ranging from tyres and vehicle parts to trees and sports equipment. There were 146 incidents on the A5. 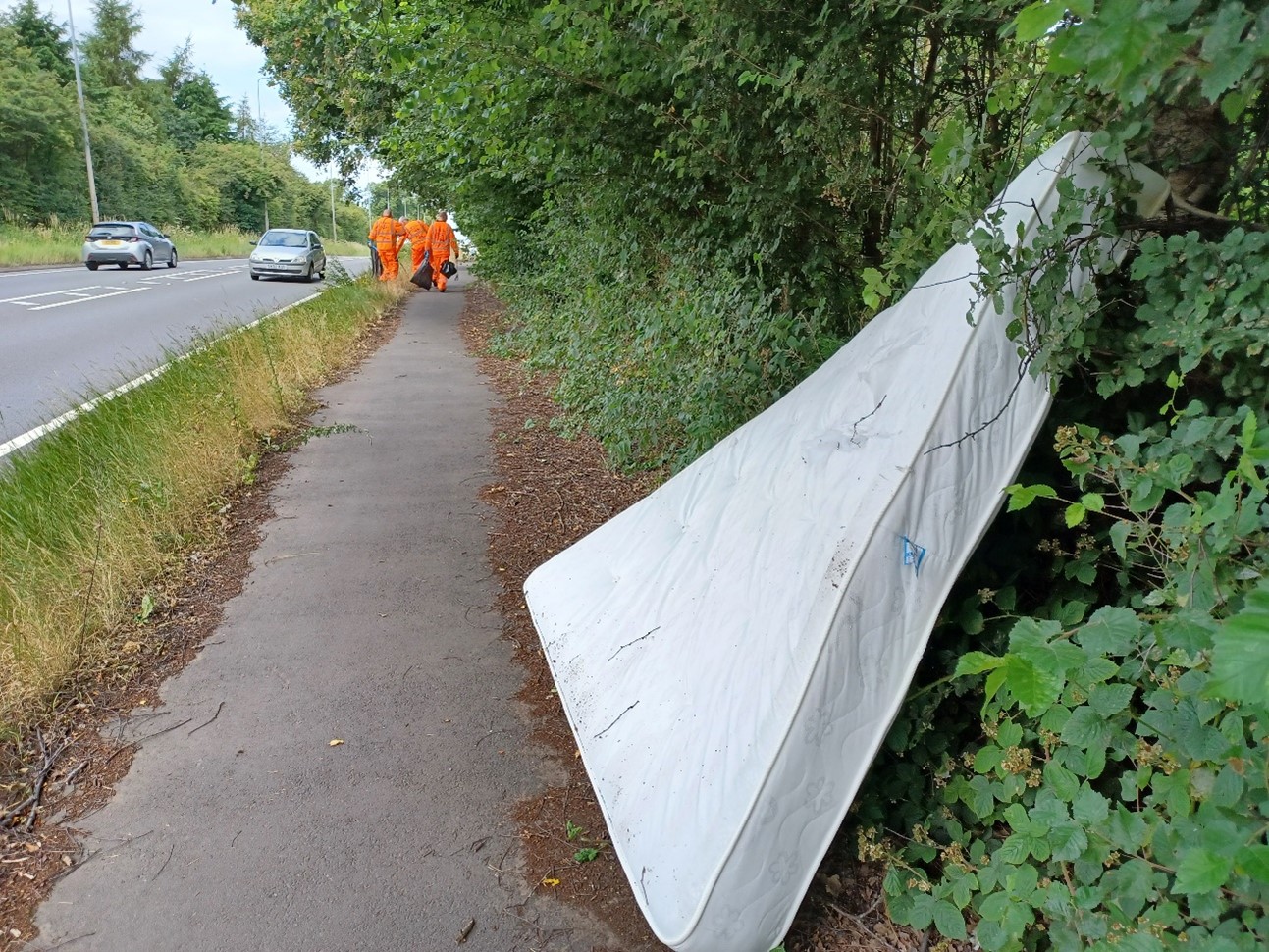 The initiative was organised by National Highways Assistant Regional Safety Co-ordinator, Marie Biddulph, and supported by Regional Director for the Midlands, Andrew Jinks, who was there to help on the day.

He said: “People, quite rightly, hate to see litter by the side of the road. As well as taking a terrible toll on the environment, litter builds up in road verges creating a safety risk for road users, wildlife and the maintenance crews who have to clean it up.

“Money spent cleaning up after people who idly drop their rubbish by the roadside could be better spent on other priorities such as repairing potholes.

“Although we are dealing with litter every day across the country, we have joined forces with the community and our partners in Staffordshire now to make sure that visitors in the region for the Commonwealth Games and attending events such as the cycling at Cannock Chase get the best possible impression of the area.” 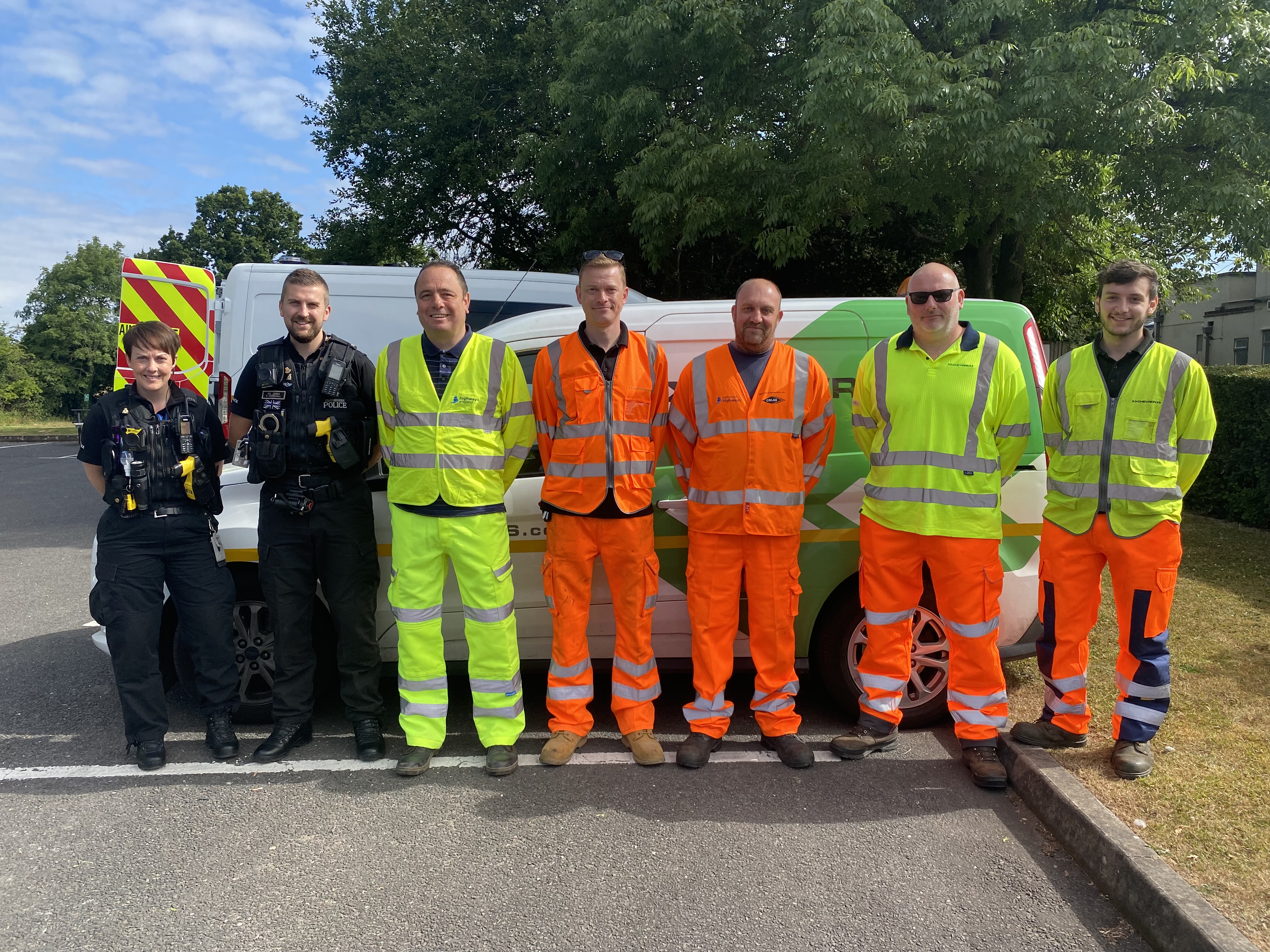 “We are delighted to be part of the National Highways litter pick initiative in preparation for the Commonwealth Games because we are passionate about protecting our environment and keeping it free from litter. We think this is a fantastic way for Chevron Green Services to work in collaborative way to make a real and positive difference to the environment and the local community.”

“We are pleased to get involved in this initiative which will help to address what we know is a pain-point for road users. With our head office being in Staffordshire, this is an opportunity we were keen to take, to give back to the communities in which we work.

“We also hope to highlight the importance of the public taking responsibility for their own litter as although we can collect it safely on the footpaths of the A5, it is an activity which needlessly puts our colleagues at risk when collecting rubbish discarded on the motorways.”

“Roadside litter not only causes significant safety concerns for motorists within Staffordshire, but also damages the ecosystem and natural beauty of our county.

“Local officers have been working closely with our partners to identify dangerous loads which have the potential to cause damage to our busy roads – not only to the people using them but the surrounding wildlife too.

“Exercises such as this, alongside the recent Operation Vertebrae which targeted negligent motorists across the M6, enables officers and partners to ensure our roads are safe, protected and preserved.”