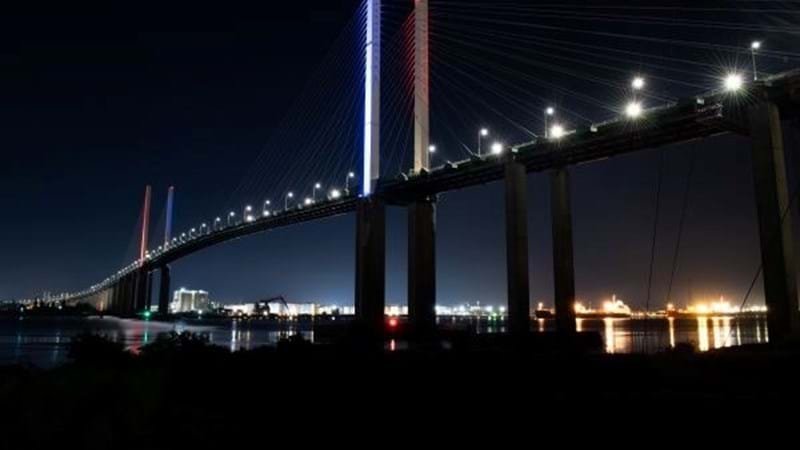 The Queen Elizabeth II bridge at Dartford was given a royal makeover in celebration of the Queen’s Platinum Jubilee.

The bridge, which has played a crucial role for more than 30 years by connecting communities in Essex and Kent, was lit up in a sequence of red, white and blue shifting colours and different intensities over the Bank Holiday weekend.

Nicola Bell, National Highways Operations Director, said: “I’d like to thank the commitment and generosity of all our partners, including Connect Plus and Port of London Authority in making this happen. I’m sure the lighting up of this iconic landmark, will prove to be a lasting legacy, remembered for decades to come.”

Officially opened by Her Majesty in October 1991, the QE2 bridge was the first to be built at an entirely new location along the river Thames for more than 50 years. For a short time, it was also the longest single span bridge in Europe, measuring over 2,872 metres long.

It took three years to build and many challenges were faced along the way, such as co-ordinating the work around changing water levels and the river traffic of a busy tidal waterway.

June 2022 - The Queen Elizabeth II bridge at Dartford was given a royal makeover in celebration of the Queen’s Platinum Jubilee.