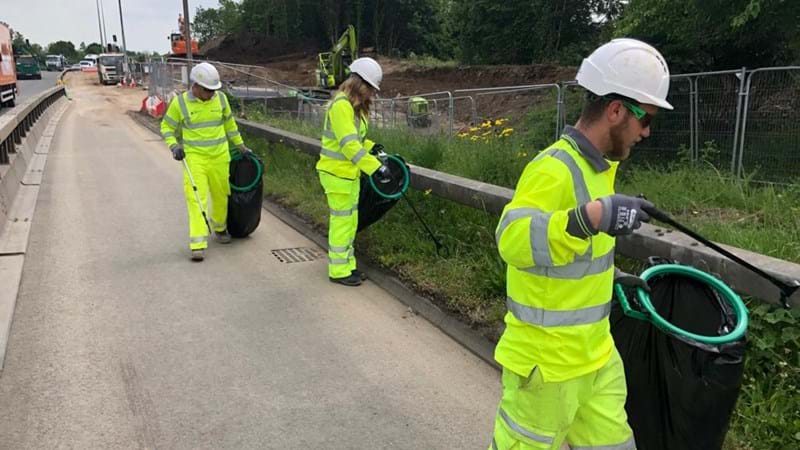 The site team for our M25 junction 25 improvements has given the underpass running below this busy interchange a much-needed tidy up, as part of the Great British Spring Clean (28 May – 13 June). 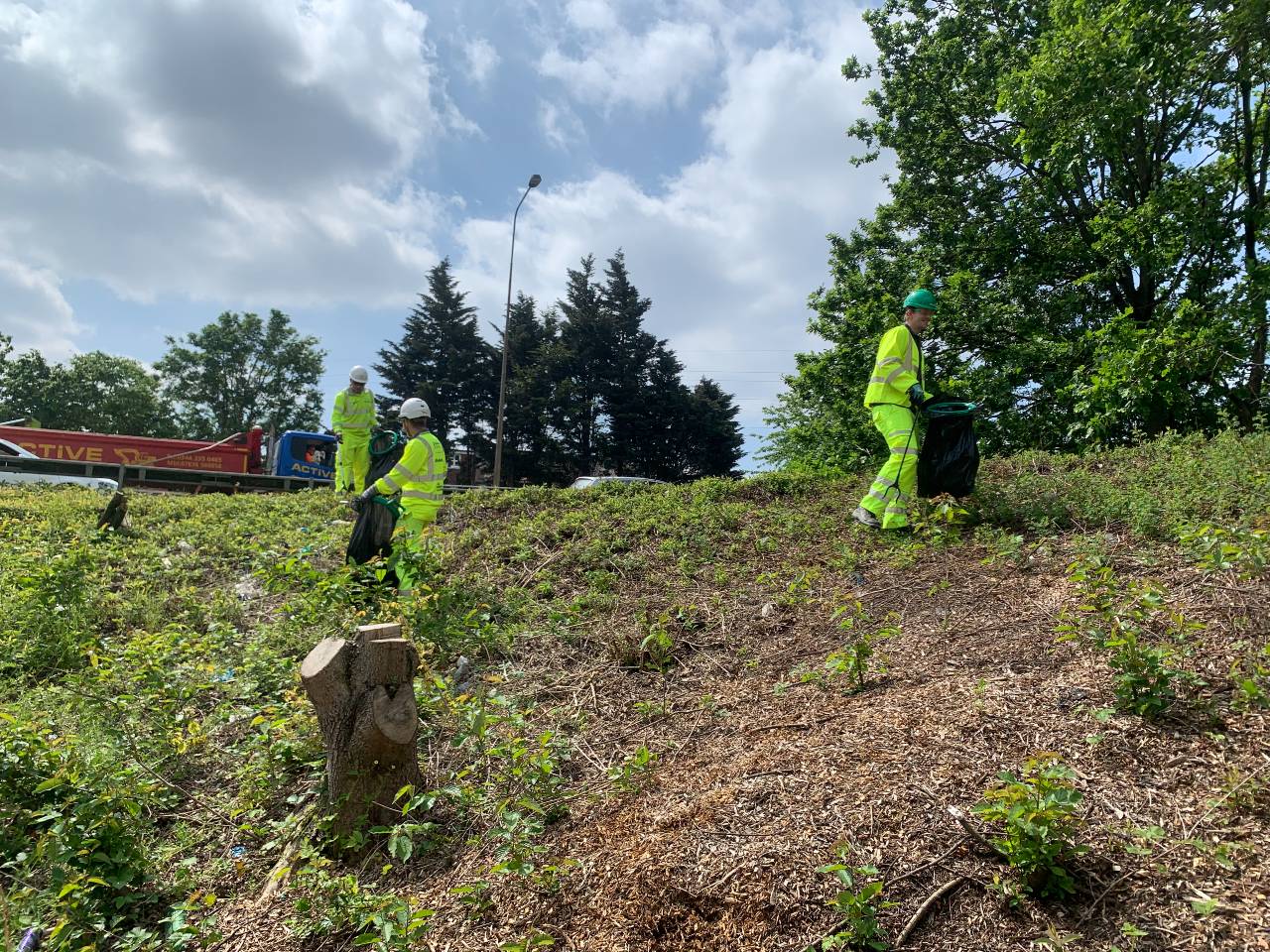 The areas around the underpass are notorious for litter, which is unsightly for road users and pedestrians, and harmful to the environment. The team collected nearly 200 plastic bags, over 100 drink cans and nearly as many plastic bottles.

“When delivering improvements to the network, our work isn’t just about the roads and infrastructure, we also look to see if there’s anything we can do to improve the area and community around us.

“In the rubbish collected, we found a singular trainer and even an old crisp packet with a best before date from 1997 – which makes it older than some of the team litter picking.

“A number of people using the footpath also took the opportunity to find more about the work being done to improve the junction, and the pedestrian and cycling routes”

Highways England is responsible for litter collection on motorways and some trunk roads. It is a serious issue, as it harms the environment, is an eyesore and puts people at risk when they collect it. 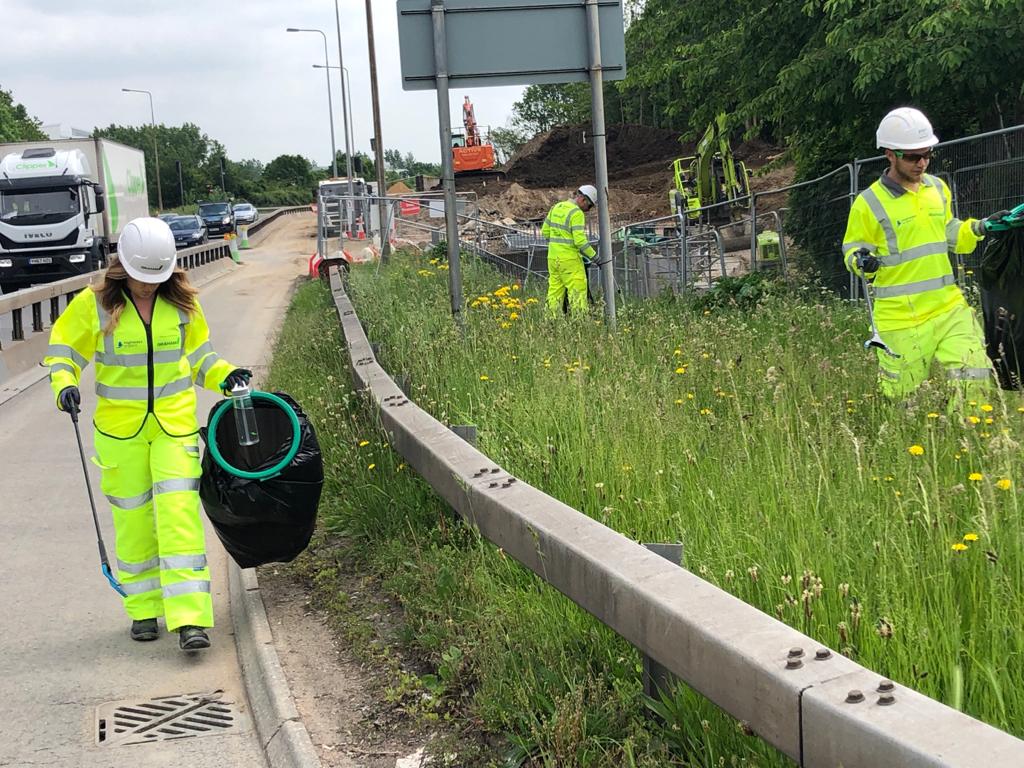 Litter is collected somewhere on our network every day. Since January 2021, we’ve collected more than 10,500 bags from across the motorways in the south east.