The pioneering Hindhead Tunnel in Surrey that helps to connect Hindhead Common, and has improved air quality, reduced traffic noise and eased traffic queues on the A3 route between London and the south coast, celebrates its tenth anniversary today. 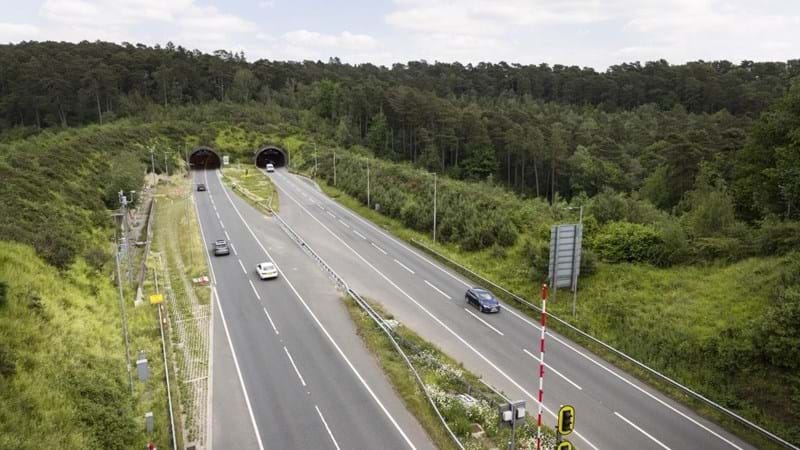 The 1.2-mile-long tunnel, which resolved decades of congestion problems for both the local community and long distance traffic, has restored peace and tranquillity to an area of outstanding natural beauty, diverted traffic from an internationally protected site, and improved journeys for millions of drivers.

The tunnel forms part of a four-mile bypass that has ended a notorious bottleneck in Hindhead, and enabled the reinstatement of a highly valued part of the Surrey Hills Area of Outstanding Natural Beauty by relocating the A3 under the Devil's Punchbowl, an internationally protected site.

A decade on from the opening of the tunnel in 2011, Hindhead Common and the Devil’s Punch Bowl, which are within the Surrey Hills Area of Outstanding Natural Beauty, have been united with removal of the old A3. A ten-year Countryside Stewardship grant, from Natural England, has allowed the National Trust, who look after the site, to embark on one of the largest heathland restoration projects in Southern England.

The fragile and endangered historic heathland habitat has been managed and cared for by the Trust over the past 10 years to enable the return of rare and diverse breeding birds such as woodlark and nightjar.

The nationally scarce heath tiger beetle has been sighted, and conditions are now more favourable for the return of the silver studded blue butterfly.

The Site of Special Scientific Interest (SSSI) has also been assessed by Natural England as meeting its nature conservation targets.

This restoration of the landscape within the Surrey Hills Area of Outstanding Natural Beauty has created a haven for visitors choosing to spend time exploring the stunning heathland and views. New paths created by the National Trust enable visitors to enjoy the tranquillity of the site while avoiding wildlife disturbance on sensitive heathland areas.

Removing traffic from the village of Hindhead itself has had a significant improvement on the air quality. Hindhead village was declared an Air Quality Management Area (AQMA) in 2004 due to the poor air quality created by queuing traffic along the old A3.  Levels of nitrogen dioxide at Hindhead dropped below 40 micrograms per cubic metre when the tunnel opened in 2011, with a further drop to 30 in 2013. This resulted in the AQMA being lifted in 2015 and the village now meets national standards.

“As we seek to build back better, the Hindhead Tunnel shows how, by using high design standards, the longest road tunnel in the UK to date has enhanced the surrounding environment, solved long-standing traffic problems and helped to support the economy through a better connection between London and the south coast.”

“I am delighted that this area has become one of the top wildlife sites in the south east of England and provides a haven for walkers, cyclists and horse riders. It’s hard to believe that just ten years ago, the busy A3 still ran right through the middle of this community.” 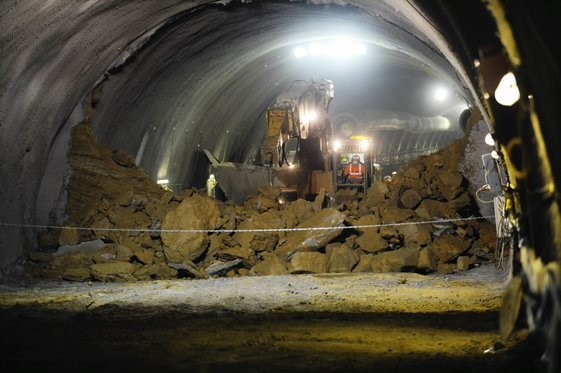 “The Hindhead Tunnel was the final piece in the jigsaw which made the whole of the A3 between London and Portsmouth dual carriageway, removing the last, heavily-congested pinch point at Hindhead and through the Devil’s Punchbowl. This has resulted in dramatically improved journeys for millions of local and long-distance drivers over the past ten years, and improved safety and air quality in the area.”

National Trust lead ranger at Hindhead, Matt Cusack who has led on the restoration at Hindhead over the past ten years said:

“Personally for me, it was two days after the tunnel opened when the really important work began; when the old A3 closed we finally got the chance to reunite the landscape and nature on the site could start to thrive again.

“I am thrilled with what we’ve achieved for nature at Hindhead and the Devil’s Punch Bowl during my watch. The removal of the A3 was a major milestone, enabling us to thin trees and transform the site into a swathe of heathland. Heather mowing, the introduction of woodlark nesting areas, grazing and scrub management conducted under the Countryside Stewardship grant scheme has helped to restore the rare and important habitat. This couldn’t have been achieved without the support of our National Trust Hindhead team and our dedicated local volunteers.” 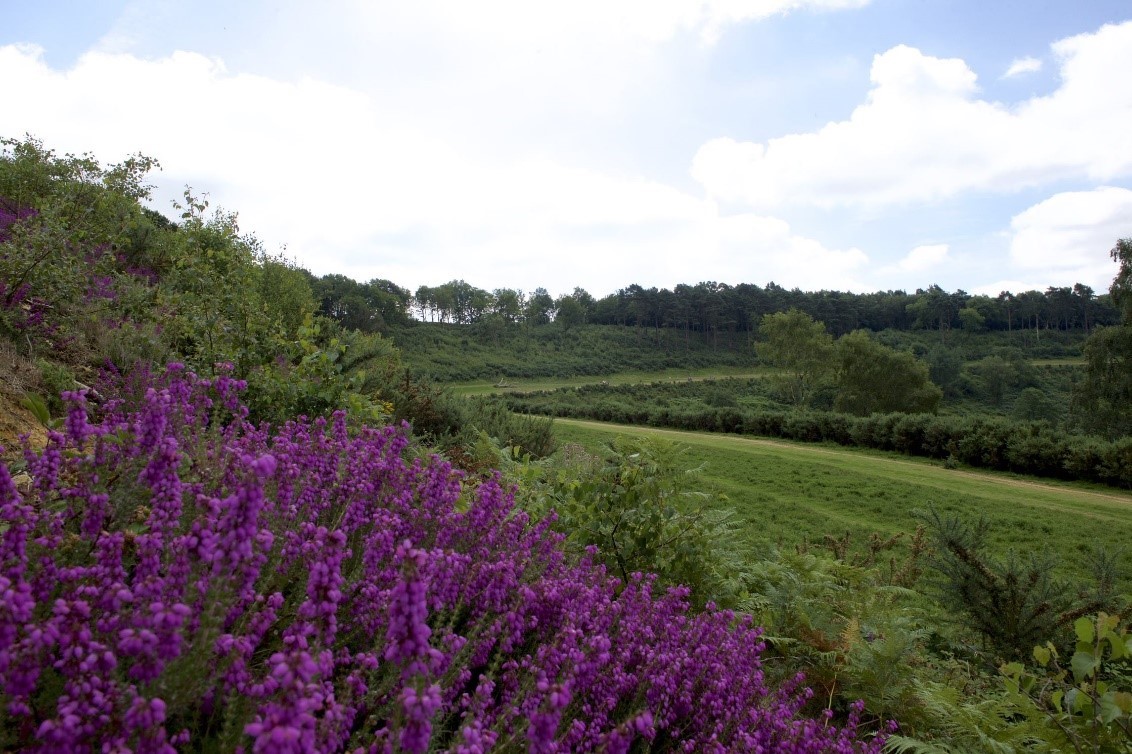 “The past year has really brought home to us all just how precious our countryside is. The Devil’s Punch Bowl has been completely transformed and is an area where people can appreciate nature. It’s a fabulous success story.”

“With our advice and financial support to the National Trust, they have created new habitats and wildlife can move across the landscape, whereas before the busy road was a major barrier.

“This is a tremendous example of restoring habitats at a large scale alongside major development and we hope demonstrates what can be achieved going forward under the new Nature Recovery Network initiative.”

“The Hindhead Tunnel Scheme is by far the largest capital investment in restoring nature, connectivity and tranquillity in the Surrey Hills since it was designated in 1958. It is also perhaps the largest single civil engineering investment in all of the country’s 44 National Parks and AONBs. The Hindhead Tunnel has been fantastic in terms of nature and people, and it’s wonderful to see how ten years after the tunnel was built, that nature has been fully restored to the area for the first time in nearly 200 years.”

The project won awards for its innovation and safety record, but comments from people who worked on the scheme all have a common theme. This is that the legacy of the Hindhead project was not just about applying good design from the start, but collaboration between the local community and other organisations can lead to better long-term results, and the Hindhead Tunnel is proof of that.