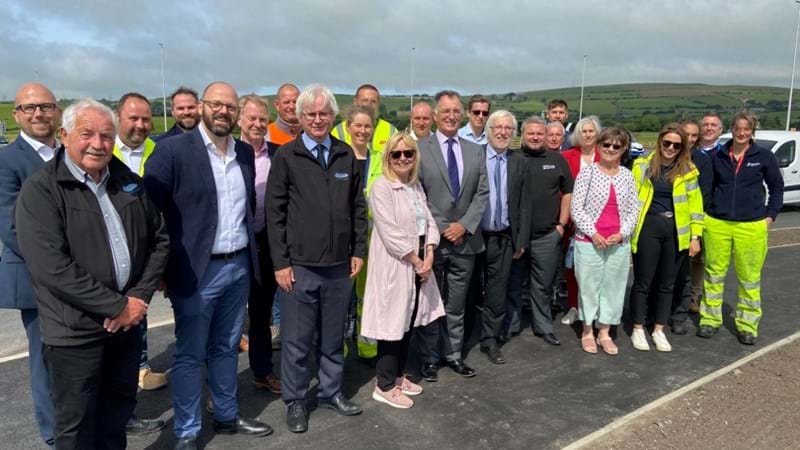 A £9.5m project to build a new roundabout at Cross-a-Moor along the A590 in Cumbria has been completed.

The project was also undertaken to improve traffic flow in the area and make journeys safer for those using the A590 and the adjoining roads. 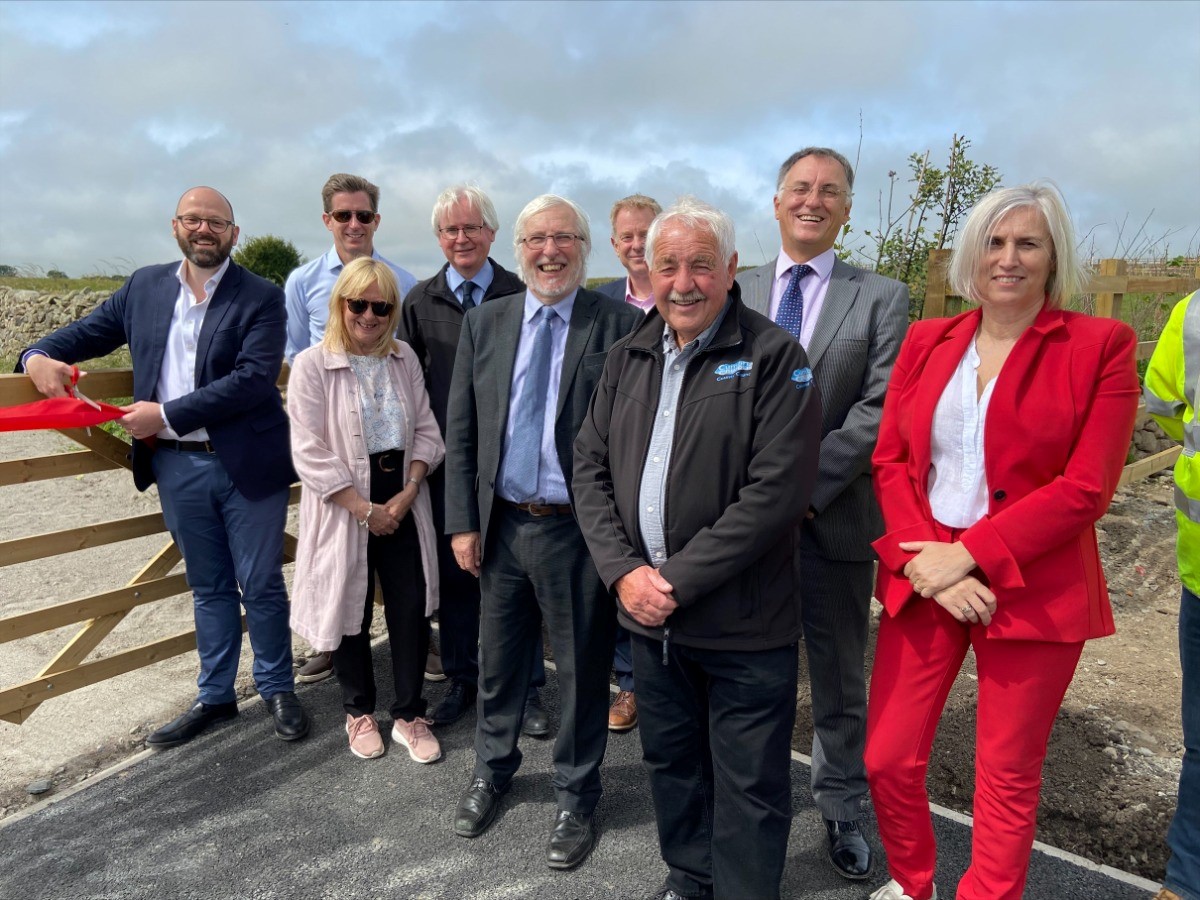 Environmental improvements for the area consisting of a wetland amenity area and flood alleviation were also carried out as part of the overall project.

This included the construction of a permanent water storage area to slow the flow of water and reduce the risk of flooding during a storm.

This area will also provide a space for the local community and new planting will improve the area for wildlife. This will be in addition to the reinstatement of hedgerows along field boundaries.

The new roundabout and additional features of the Cross-a-Moor project was officially opened during a ceremony on Friday 8 July attended by Simon Fell, MP for Barrow and Furness.

Steve Mason, the scheme's Project Manager, said: “It has been a fantastic achievement for all involved and the support and cooperation of the local community has been greatly appreciated.

“The project teams across all of the funding partners have worked extremely well together demonstrating an ethos of collaboration and support at all levels.

“The construction team have worked hard through a range of challenges ensuring that the A590 and adjoining roads were kept safe and free flowing throughout.” 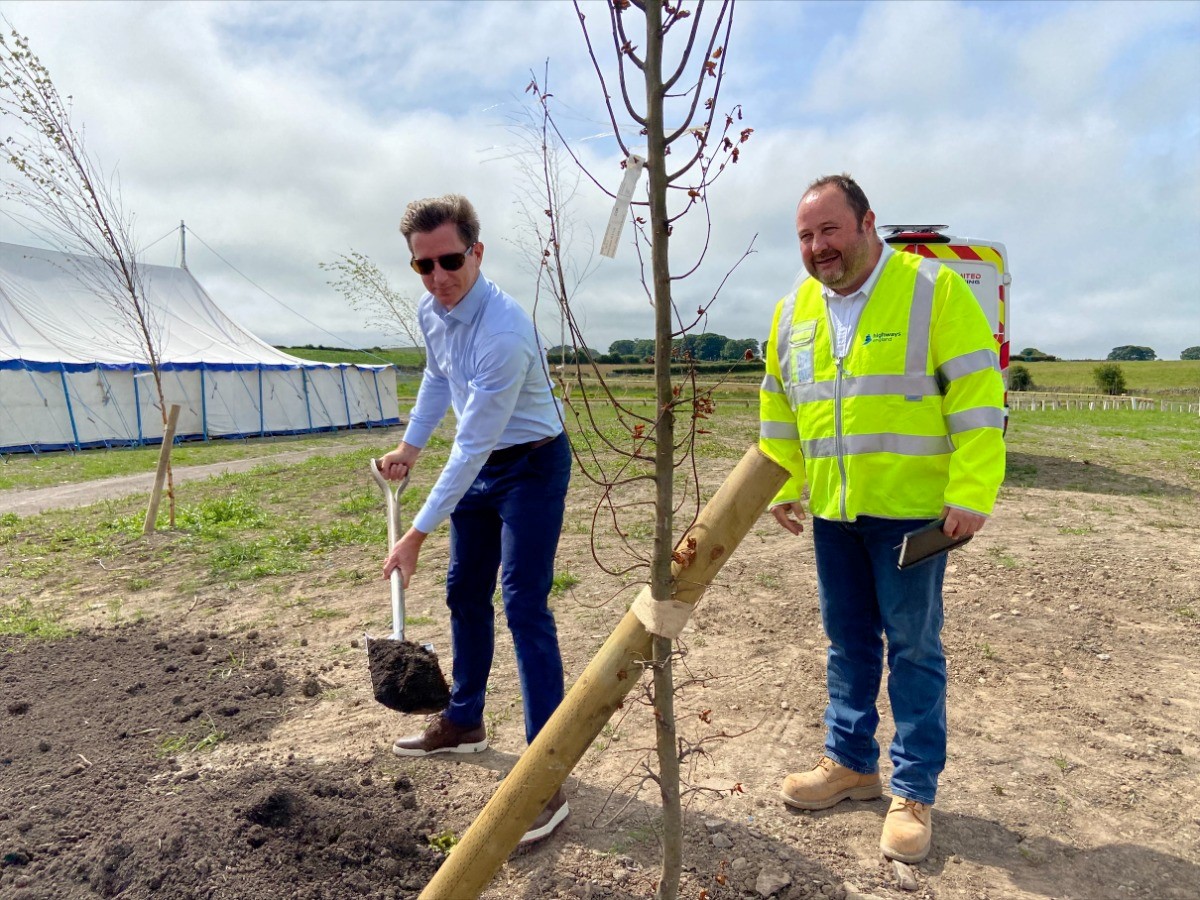 Councillor Keith Little, Cumbria County Council’s Cabinet Member for Highways and Transport, said: “I’m delighted to see the work complete at Cross-a-Moor. We’ve committed £1.8m into this project and have worked closely with the LEP, South Lakeland District Council and National Highways for a number of years to bring this scheme to fruition.

"It’s vital that our road network is able to cope to meet the demands of a growing population and the new roundabout will make big difference as this new housing is developed.”

Councillor Jonathan Brook, Leader of South Lakeland District Council, said: “Improving the Cross-a-Moor junction is critical to unlocking land earmarked for housing development. This helps in delivering our wider plans and ambitions for the area and demonstrates our commitment to supporting growth in the local economy, delivering new employment opportunities and improving the lives of local people.

“It’s also great to see biodiversity gain and an amenity area which will benefit the community for many years to come.

“Improving safety on this busy stretch of the A590, is a priority. This project will help ensure that the local transport infrastructure is better protected, which in turn is vital for maintaining strategic connectivity to the M6 corridor, attracting new investment and supporting business growth.

"This project has shown what can be achieved when partners work together towards a common goal.

"National Highways also deserve praise for their construction work and approach to traffic management and road closures, which have kept disruption to a minimum."