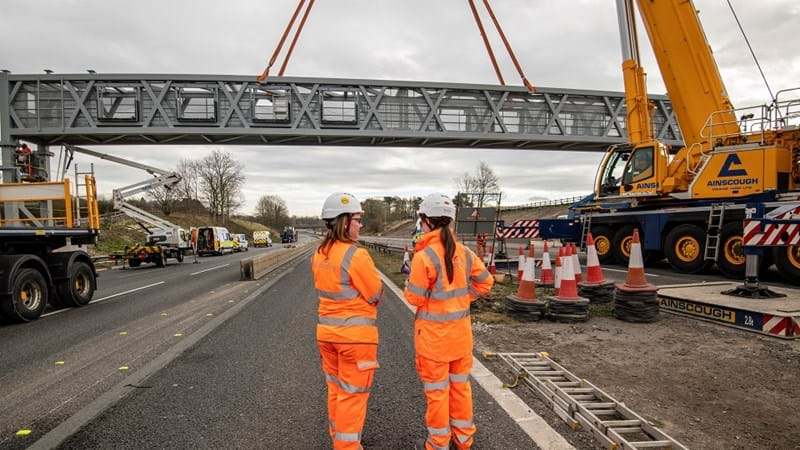 We're thanking drivers and partners for their support in making last month’s weekend closure of the M56 a success.

A new video and pictures released today (8 April) show how much progress was made on the motorway upgrade during the shutdown.

We’re delivering an £85 million upgrade of the motorway between junction 6 at Hale Barns and junction 8 at Bowdon. As part of the scheme we closed the motorway over the last weekend in March to install two new ‘superspan’ gantries, designed to straddle eight lanes of motorway traffic, as well as delivering a ‘tick-list’ of other work.

Drivers on longer journeys were diverted using the M6, M62 and M60 while local diversions were also in place for people living between Altrincham, Hale and Manchester Airport. Access to the airport from junction 5 was kept open right across the weekend.

The new pictures and a time-lapse video show how much progress was made with the motorway re-opening by 3am on the Monday. Three hours were trimmed off the scheduled 55 ½-hour closure. 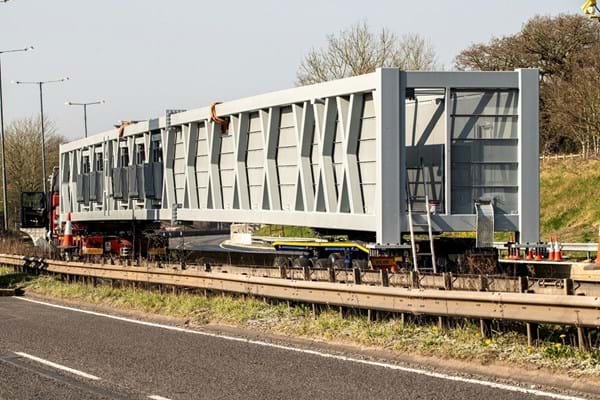 The scheme’s project manager Clare Bond said: “The installation of the two huge gantries was the most eye-catching operation over the whole weekend but we also got on with dozens of other smaller tasks.

“Our operational colleagues at National Highways who are responsible for the day-to-day running of the motorway also came in over the weekend to conduct condition surveys and do other work which means they won’t have to close lanes or carriageways at another time.

“We’ve been planning this closure over many months and the support and patience of drivers, people living along the diversion route and partners like Manchester Airport and Transport for Greater Manchester was crucial to everything going so smoothly.

“The motorway upgrade will tackle congestion on a key commuter and airport route between Altrincham and south Manchester and both Manchester Airport and TfGM have been very supportive. TfGM publicised the weekend closure on its own electronic message signs and kept us updated about traffic conditions on the local diversion route with information from its 24-hour control room.”

Other work unrelated to the project but taking advantage of the weekend closure included, safety barrier repairs, replacement of signs on existing gantries and carrying out routine drainage, structure and carriageway condition surveys. 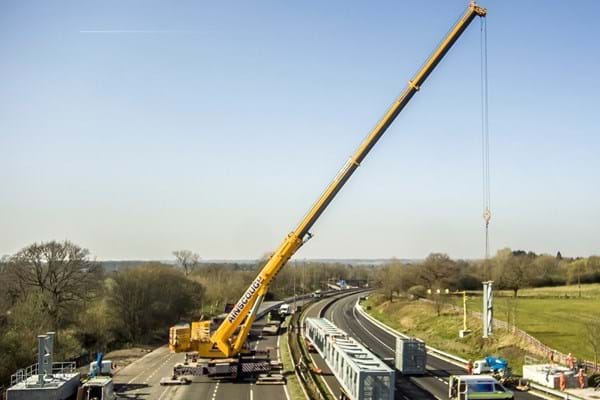 The four-mile section of motorway between junction 6 and junction 8 is part of the important corridor between Manchester and Manchester Airport and the Midlands.

As well as installing technology to help provide smoother journeys, we’re busy converting the hard shoulders to add an extra running lane to both the westbound and eastbound carriageways.

A new central reservation concrete safety barrier, low noise surfacing, and technology to alert our control centre to breakdowns and incidents will be also installed before the extra lanes open to drivers by the end of the year.

Additionally, four emergency areas providing drivers with a place to stop in the event of break downs or other emergencies, will also be installed as part of the project.

The roll-out of new all lane running (ALR) smart motorways was paused by the government in January to allow five years’ worth of safety and economic data to be collected. However, work on stretches already under construction - such as the M56 - is continuing because these stretches are all more than half completed and leaving traffic management in place throughout the five-year pause would significantly disrupt drivers.

When these stretches are open they will all have technology in place which can detect stopped vehicles - typically within 20 seconds - to give added reassurance to drivers who stop in a live lane.

Find out more information about the M56 motorway upgrade