Ground investigations – the next step in designing Lower Thames Crossing 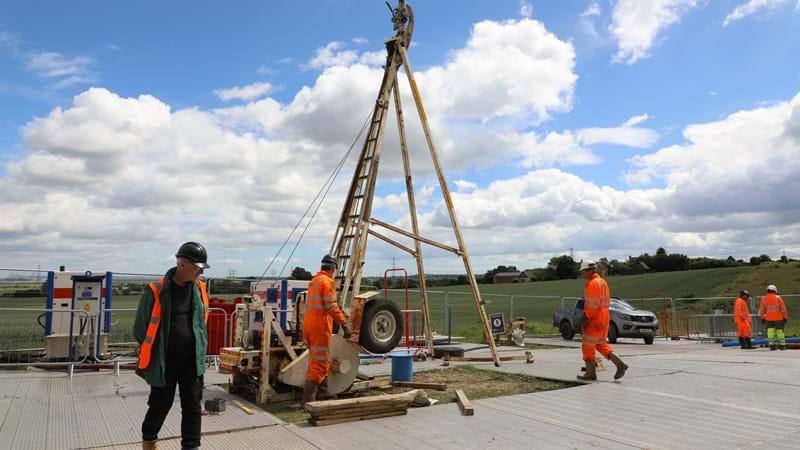 This week we start work on a complex series of ground investigations along the route of the Lower Thames Crossing, the most ambitious road project since the M25 was completed over 30 years ago.

More than 700 individual investigations at sites in Kent, Essex and Thurrock will give engineers a clear picture of the type of soils, rock and groundwater along the entire 14.5 mile (23 km) route of the proposed new road. The information will be vital in designing and constructing the new road, which will include the longest road tunnel in the country as well as bridges, viaducts, embankments and cuttings.

More details on when and where we're working

“The new Lower Thames Crossing is a once in a generation road upgrade that will transform links between Kent, Thurrock and Essex. The complex programme of tests and surveys we’re embarking on here will enable us to better understand the ground conditions, and help us build it safely, in a way that protects the environment, while keeping costs down.

“This preliminary work will help us to give the clearest possible picture of what will be involved in building the new crossing when we apply for planning consent and help ensure our construction programme can get the new road open for 2027.

“Our priority right now is to carry out the ground investigations in a way that will have the smallest possible impact on the environment and nearby communities.”

The investigations will be carried out along the entire route, both north and south of the Thames as well as under the River Thames itself. Key areas of interest include: the protected wetland (in Kent); under the River itself where the tunnel will be; and, the historical land development in the north.

The comprehensive and complex schedule of tests in more than 700 locations, which includes over 400 boreholes, some of which will be up to 100 metres deep, nine pump tests and around 85 trial pits and geophysical surveys.

The tests, which will be carried out both on land (beginning this month) and on the Thames (later this summer), will likely carry on until the end of the year.

Geology across the route

The type of ground conditions vary quite significantly along the length of the proposed Lower Thames Crossing site.