Is there a mouse in the house? 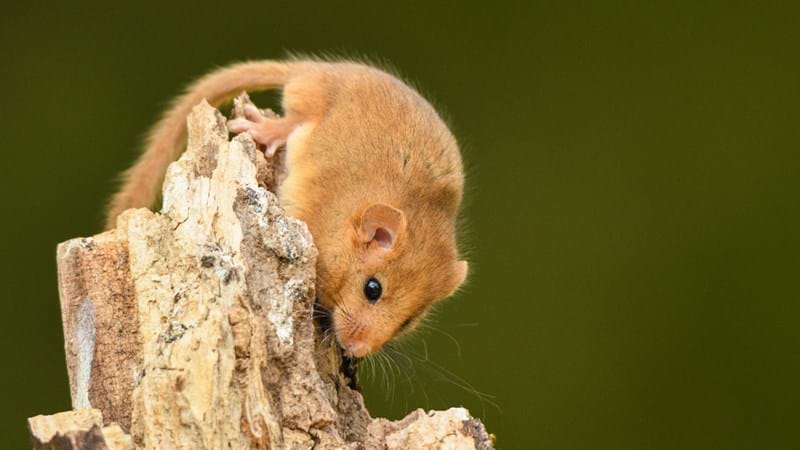 Motorway wildlife bridges, supplementary feeding and planting are among the innovative measures Highways England is taking to help support a population of rare hazel dormice (Muscardinus avellanarius) that have made their home on the verge of the M1 in Buckinghamshire.

The golden-brown fur of the hazel dormouse was once part of the fabric of the English countryside; however, numbers have plummeted in recent years. Since 2000, the species has declined by more than 50 per cent leaving the only dormouse native to Great Britain at risk of disappearing altogether.

Weighing not much more than an AA battery, this small mammal is now mostly only found in the south of the country. However, Highways England is going the extra mile to help preserve a small population of the species that have made their home in the verge of the M1 motorway.

One of these measures included the installation of two dormouse bridges, completed in September last year. Although not obvious to passing motorists, these bridges provide vital connectivity for the dormice, linking suitable habitat on both sides of the carriageway. Planting around the bridges will improve suitability, and subsequent camera trap monitoring will start post-hibernation in April. 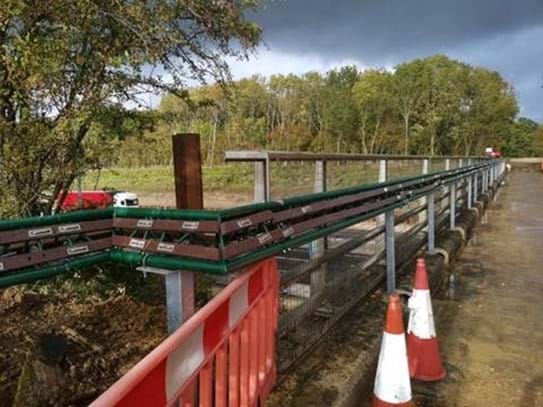 (One of the two dormouse bridges that provide vital connectivity for the dormice, linking suitable habitat on both sides of the carriageway)

Paul Unwin, Highways England Regional Lead Sponsor, said: “People might not give much thought to the wildlife that makes it home in roadside verges while on their journeys, but often they can be oasis for wildlife.

“It’s vitally important that we protect the surrounding countryside and wildlife that makes it home there when we’re build these transformative scheme - not only for this generation but for the many generations to come to enjoy.”

Highways England has already installed 300 dormouse boxes and 120 footprint tunnels along the M1 junctions 13 to 16 motorway upgrade scheme, which are checked monthly by ecologists throughout the survey season to understand trends within the local population.

41 hazel dormice were first re-introduced into the area at Little Linford Wood, Buckinghamshire, in 1998, before spreading and making their home beside the motorway.

They rely on arboreal habitat, making the scrub and hedgerows along the motorway – which is 500m north of the original re-introduction site - very attractive to them.

Monitoring of the population will be ongoing until 2030 to establish if there have been any long-term impacts and prescribe further enhancement measures where necessary.

In spring 2020, a disease risk analysis was undertaken for the potential transmission of Covid19 from surveyors to dormice. Measures were put in place to reduce the chances of the virus’ transmission by keeping handling to a minimum, wearing gloves and face masks, and using hand gel between nest box checks.