Next round of hearings for A428 improvements announced

We've announced the next round of hearings for the proposed A428 Black Cat to Caxton Gibbet improvements, a project which will help to transform one of the region's worst congestion hotspots. 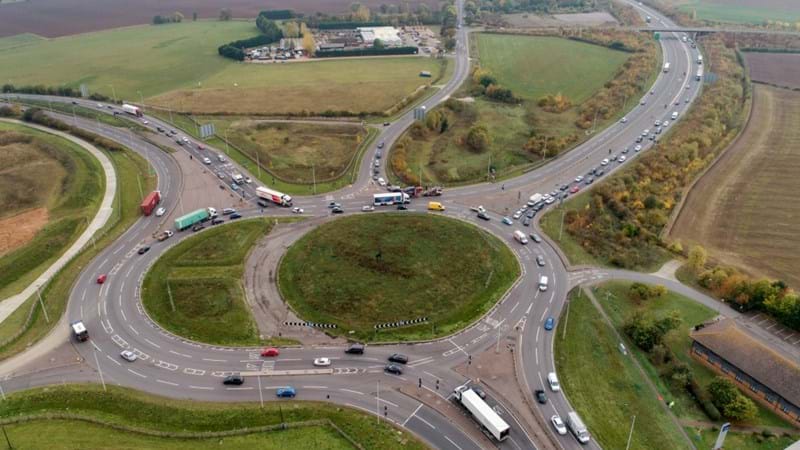 The A428 scheme, which proposes a new 10-mile dual carriageway from the Black Cat Roundabout on the A1 through to Caxton Gibbet junction in addition to a number of new junctions and improvements, is currently going through its Development Consent Order (DCO) public examination process. This is a six-month process when a panel of experts from the Planning Inspectorate, known as the Examining Authority, scrutinises the DCO application.

The application remains on track for close of examination in February 2022.

With the planning examination process for the scheme now entering its fourth month, we've announced the next round of hearings which will take place on Tuesday 30 November, Wednesday 1 December and Thursday 2 December, with a reserved hearing date on 7 December if needed.

The Examining Authority has been assessing feedback from the public and stakeholders through written representations and during the three rounds of hearings completed to date. As part of the examination, our team of over 200 people have submitted almost 500 documents and responded to 215 written questions.

Topics which have been discussed so far include the need for the scheme, the design of the junctions and roads, biodiversity, landscape effects, noise, air quality, flood risk and archaeology.

Following the end of the six-month examination stage, the panel will have three months to write a recommendation report and submit it to the Secretary of State for Transport, who then has up to three months to make the final decision on whether to grant permission for the scheme.

If it’s given the green light, the scheme will improve journeys between Milton Keynes and Cambridge, bringing communities together and supporting long-term growth in the region.

“We’re pleased to hear that over the past four months the Examination Authority have heard from more than 200 people want to share their views and feedback on the A428 Black Cat to Caxton Gibbet improvements. Once complete, this transformative project will have a huge impact on people who live, work and travel in and around Bedfordshire and Cambridgeshire, helping them to save up to an hour-and-a-half on their journeys every week.

“As we enter the final stages of the examination period we will continue to closely with the Planning Inspectorate to answer any questions or concerns they have, and to show the wealth of benefits this project will bring.”

Each hearing focusses on specific topics and we have published each hearing agenda so that people can listen in when their topics of interest are discussed. Matters to be covered include heritage, sustainability (including climate change), facilities for walkers, cyclists and horse riders, compulsory acquisitions and the management of traffic during construction.

The hearings are being carried out virtually. You can listen in via livestream by visiting the Planning Inspectorate’s website where a link to join will be posted shortly before the hearings begin.

We'll also share links to the hearings from our A428 Facebook and Twitter pages. The recordings of the meetings will also be posted on the Planning Inspectorate’s website shortly after they have finished, to allow you to listen in if you can’t join live.

Our plans will create a new 10-mile dual carriageway linking the A1 Black Cat roundabout in Bedfordshire to the A428 Caxton Gibbet roundabout in Cambridgeshire. Both existing roundabouts will be upgraded into modern, free-flowing junctions and a new junction added at Cambridge Road, improving access to St Neots and its train station.

The project includes a number of junction improvements, including a three-tier junction at Black Cat roundabout allowing free flowing traffic onto the A1 and the new dual carriageway. It will also create better routes for walkers, cyclists and horse riders and improve connections to St Neots and its train station.