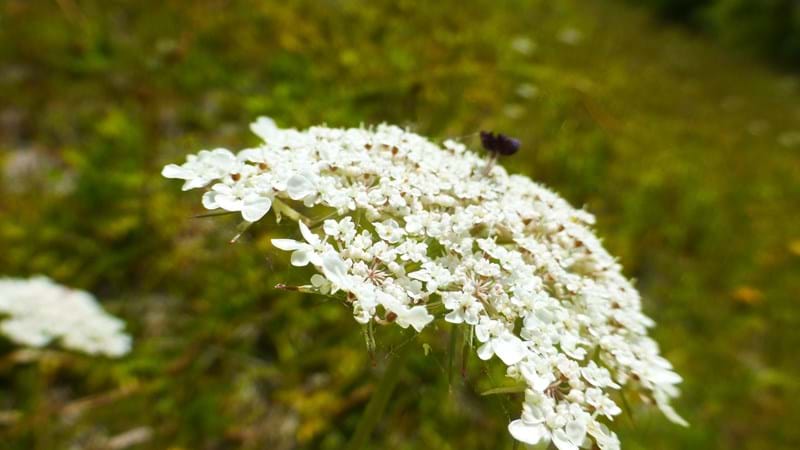 One of the main benefits of the scheme is to enhance biodiversity in the area. Wildlife will be able to move freely above the tunnel and across green bridges.

We also aim to improve connections between the east and west to help butterflies and other insects to move more easily between flower-rich areas where they can feed and breed.

So far, we’ve found and counted a number of insects, and plant species.

What have we counted so far?

This Brimstone (Gonepteryx rhamni) was found perching on a Scabiosa flower. These fairly large, pale yellow butterflies aren’t very common but can be found in damp woodlands, mature hedgerows, and in large gardens. It is thought the colour of the male Brimstone’s wings may have inspired the name butter-fly. 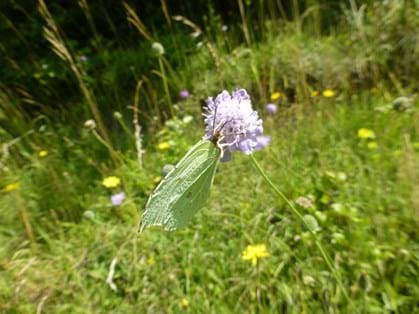 Wild carrot (Daucus carota) is found in chalk rich soils and has been known as Queen Anne’s Lace in the past. It’s the wild form of the cultivated carrot, which flowers from midsummer to autumn and attracts insects including bees, beetles and hoverflies. 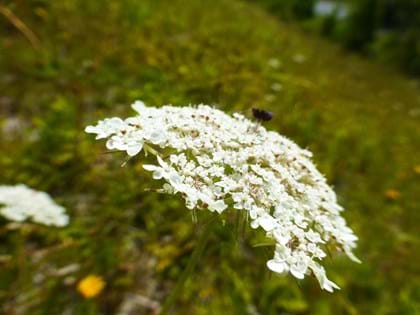 The Wasp spider (Argiope bruennichi) has a distinct white zig-zag stripe running down the middle, which is thought to attract pollinating insects like flies, bees and moths.

First recorded in England in the 1920s the species has colonised in the south, but is slowly moving north. 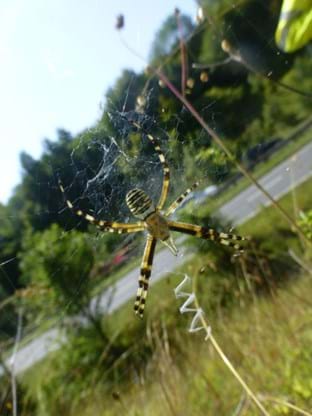 Dwarf Thistle (Cirsium acaule) also known as the picnic thistle is typically found in chalk grassland. The plant is considered to be a good nectar source for insects, and late summer butterflies. 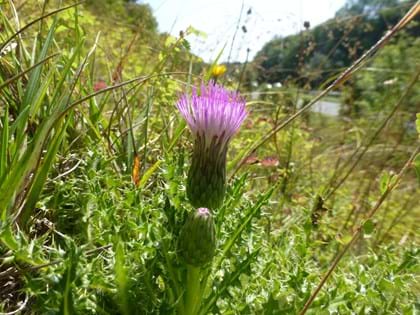