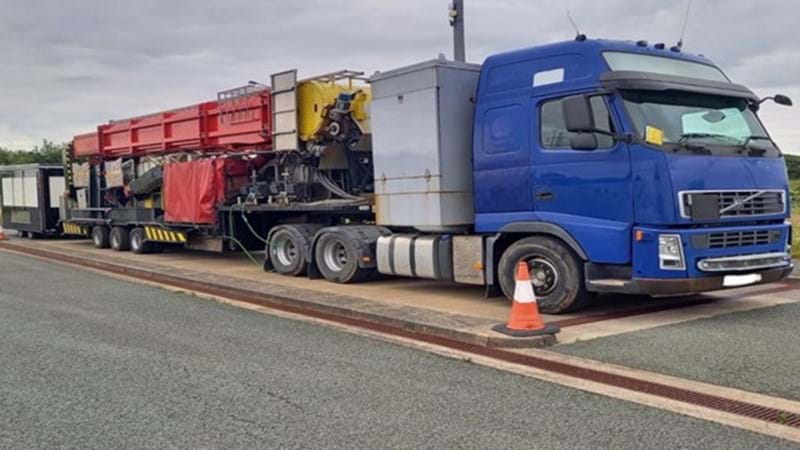 More than 400 vehicles were stopped and 387 offences recorded in a week of action by police and National Highways which saw officers patrolling the M6 in unmarked HGV cabs.

Police officers caught 98 drivers using their mobile phone illegally at the wheel and 100 people not wearing a seatbelt during the recent week of action, tagged Operation Vertebrae.

In total there were 412 vehicles stopped by police using the unmarked cabs, supplied by National Highways, including 180 HGVs and 122 private vehicles.

Action taken ranged from words of advice or fixed penalty notices to traffic offences being reported and even six arrests.

A lorry with six defective tyres and with an excess load of some 15 tonnes was among the vehicles spotted. Lancashire Police reported the driver for the traffic offences and the HGV was taken off the road.

“Our goal, through exercises such as Operation Vertebrae, is to make our roads safer whether that is by encouraging motorists to consider their driving behaviour or ensuring those that put people at risk are fully aware that they can be spotted and will be dealt with by our enforcement partners.

“It is always disappointing when we learn of drivers putting themselves and others at risk through unsafe driving such as using a mobile phone at the wheel. But through this week of action police were able to identify almost 400 offences and halt drivers who could have caused collisions and harm if they hadn’t been pulled over.”

The unmarked HGV cabs are loaned to police forces across the country throughout the year as part of Operation Tramline which was launched in 2015 by National Highways, then Highways England. Over 29,000 offences have been recorded to date by officers in the HGVs since the national safety initiative began.

National Highways recently released footage of one driver caught using his mobile phone by officers in an Operation Tramline HGV as he drove along the A500 in Stoke-on-Trent. The driver is seen with his phone in one hand and a drink in the other before taking both hands completely off the wheel to put down his drink and move the phone back to his right hand.

In a second clip, a lorry driver has both of his hands in a tobacco pouch and then rolls a cigarette as he drives along the M40 in Warwickshire before looking over to see the camera rolling in the HGV next to him.