Downhill Lane improvement will provide extra capacity on the junction between the A19 and the A1290 in Sunderland, supporting the regional economy and plans for the development of International Advanced Manufacturing Park (IAMP). 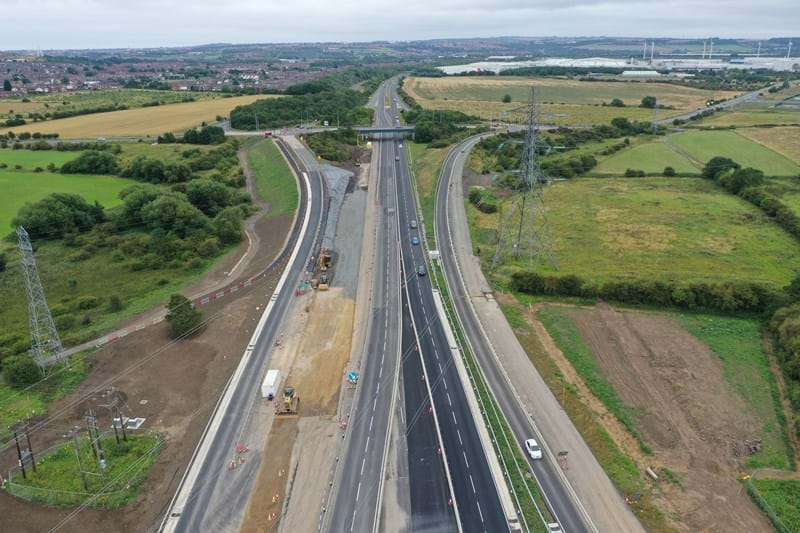 Visit our A19 Downhill Lane junction improvement feedback tool to have your say. The tool includes an interactive map. You can click on a location to make a specific comment, or give us your general feedback.

ECHO is a one-way feedback tool, so if you’d like a response to your feedback you can email the project team at: A19DownhillLaneJunctionImprovement@nationalhighways.co.uk

The improvement scheme is designed to support plans to extend the IAMP development which is a joint venture between Sunderland and South Tyneside Councils. It will be located across the Councils’ boundaries north of the Nissan car plant, alongside the A19 to the west of Downhill Lane junction. The two local authorities have a shared ambition to develop a high quality strategic employment site for advanced manufacturing that will attract national and international business investment and facilitate job creation.

The IAMP is predicted to create up to 7850 new jobs and attract £295 million investment by 2026/27. The junction at Downhill Lane will provide access to the strategic road network from the IAMP.

The preferred route for Downhill Lane is the construction of a new bridge to the south of the existing (A1290) bridge across the A19. Together with the existing bridge this would form a more traditional roundabout junction layout above the A19. The existing north-bound and south-bound A19 slip roads would be realigned to tie in with the new elevated roundabout. To the north of the junction, these would serve as link roads between Downhill Lane junction and the proposed new Testo's junction roundabout. The slip roads south of the junction would provide direct access to and from the A19.

The scheme would provide improved connectivity with the local road network. Facilities for pedestrians, cyclists and horse riders would be enhanced by providing a separate non-motorised user bridge over the A19 and Washington Road.

The objectives of this scheme are to:

DoR8 email to Secretary of State

DoR email to Secretary of State

A1 Scotswood to North Brunton