'This is Engineering’ day – speaking to an expert 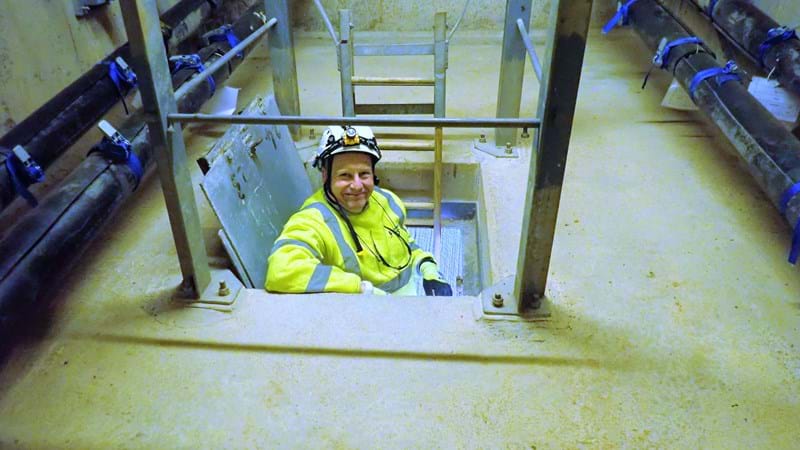 Wednesday 4 November 2020 is ‘This is engineering’ day - a campaign led by the Royal Academy of Engineering in partnership with EngineeringUK and other major engineering organisations.

Its aim is to encourage more young people, from all backgrounds, to consider engineering careers.

To mark this day, we thought we would speak to one of our leading engineers in the south west in Highways England, Terry Robinson, who is the Engineering Manager for structures in the region. He gave us an interesting insight into his role, why he got into engineering and gave us some advice for any budding, young engineers out there.

Check out below for the interview:

Hello Terry. So, to start with, why did you get into Engineering?

From an early age I was always interested in building things and taking things apart to see how they worked, so engineering was a natural progression.  From about the age of 12, my father ran his own small building company. I spent the summer holidays working for him and learning different skills, working with bricklayers, plasterers and electricians.  It was working with the electrician that “sparked” my interest in a future career.

After my O levels, I was bored with education and thought the big wide world of work offered me more - big mistake! I applied for numerous jobs working in banks and various engineering businesses and was progressing well in starting an apprenticeship with BT as an engineer, only to fall at the last hurdle when I failed the test for colour blindness.  I weighed up the other job offers but working in a bank did not appeal, so I started looking elsewhere.

Thanks to a careers teacher, I ended up spending a day with a company called Ove Arup & Partners. I spent time with teams that were getting the opportunity to design, test and play with computers and scale models of the buildings they were designing.

The atmosphere was great, the work was great and I was soon hooked on a career in Civil Engineering.  After an interview and a further week’s work experience to see that the company and me were a “fit”, I started work with them in September 1980.

How long have you done it for?

I’ve worked in Civil Engineering continuously from September 1980 to the present date, which works out as 40 years and 2 months!

How long have you worked for Highways England?

It was with a heavy heart that I left Arup in August 1986 – they really were a great company to work for. I moved to the Department for Transport to work in their Bridge Engineering Division and have subsequently worked for Highways England in all of its different guises, so I reckon that’s 34 years and 3 months.

What does your role involve within Highways England?

I am currently the Engineering Manager for Structures in Highways England’s South West Operations Division.

Me and my team of 7 manage Highways England’s structures stock (including bridges) of around 2000 structures in the south west region, covering all aspects of their management - from monitoring those that are showing signs of deterioration to preparing forward programmes of refurbishments and all stops in between.

Why engineering is a great profession to get into?

Within all of the engineering disciplines, there are a vast number of roles for everyone that all require differing skill sets, from people with more practical skills to those with more academic skills.

All forms of engineering give you the ability to progress, plan, build and work on projects that you may well have only dreamed of. I for one have worked on projects that I now look back on and think: ‘I was part of building that!’

This was brought home recently when I was watching a news programme and they mentioned the impact of Covid 19 and hospitalisations. They panned to a picture of St Mary’s hospital in London. I was part – albeit a very very minor part - of the team that designed and built a section of the hospital in the 1980’s.  What a great feeling to think that something you worked on is now helping people in need.

Any advice for any future engineers?

My route in to Civil Engineering was not the traditional route, especially in to my current role as Engineering Manager for Structures. But humans develop at different rate and do not all conform to that linear graph that we all seem to be presented with as far as career progression is concerned.

Always look at your options and the different routes that are open to you to achieve your goals. Some of the best engineers I have met and worked with never went to university, but have the same brilliant minds and abilities as those that have –  they have just achieved their goals via a different route.

Seek out people within your chosen branch of engineering who you admire and respect and use them to mentor you through your career. I would think that there is a core of 4 to 6 people who I believe have helped guide me in my career. Never stop learning – even now with 40 years’ experience, there is no time to sit back and think there is nothing else to learn because even for the most brilliant minds there is always something new to learn.

Always challenge yourself and do a job or build a career in something you enjoy doing not just for the money. I would have earnt a lot more money working in a bank but would have been bored stiff!

Finally, engineering is a career for all – male, female, young, old and all differing skill sets and academic backgrounds so don’t be put off. There is a role and a career for everyone in engineering.

Build a career with us

Join us . You’ll be supporting the nation and you'll be making a great move for your career.