To mark International Women’s Day on March 8, we spoke to Pauline Woodhall – Senior Structures Engineer in the South West – to get her story of working in an industry that is traditionally male dominated. 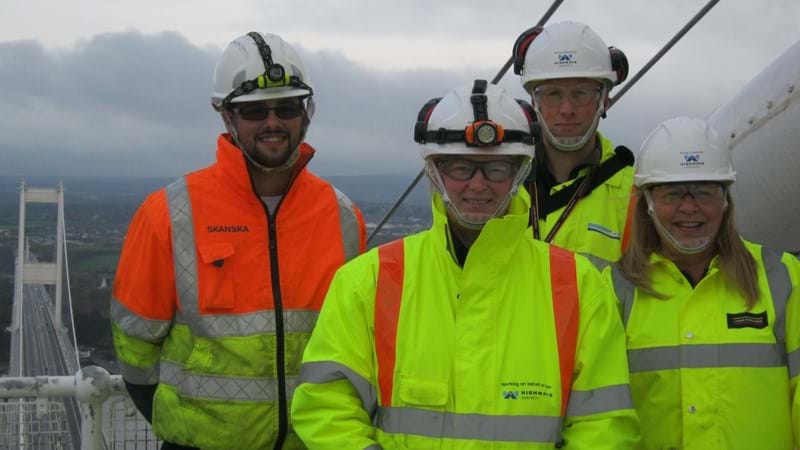 I started my engineering career by doing a Civil Engineering Degree at Napier University in my home town of Edinburgh. Back then, I was one of only five women on the course with 65 men. By the time I had graduated, there were only three women left on the course – I think only two of us have stayed in the industry. Twenty plus years later and I’m not sure that the male/female split on Civil degrees has got any better.

As a child, I was always interested in building things with Lego, so engineering was an obvious option for me to follow.

I started my engineering career by moving across the country from Edinburgh to Bristol to work for WS Atkins in 1999 and I’ve never left. Over the years working on the South West contracts, I have had many colleagues who have helped shape my career and helped me immensely. Unfortunately, the number of female engineers I have had the opportunity to work with has been small and I am currently the only woman in the Structures Asset team in the south west.

I believe I have been very lucky not to have encountered too much sexism or discrimination but there has been the odd comment here and there. Once, while out on nights supervising a joint replacement, one of the operatives asked me if I was OK to work during the night and was there not someone else who could do this for me - implying that a woman shouldn’t be doing this kind of thing. I brushed this off saying that it’s my job and I liked being on site seeing stuff happen compared to being chained to a desk.

One thing I can never be too sure of is if I have missed out on opportunities and areas for development over the years because I’m a woman.

When asked what I do for a job, people always seem to find it amazing that I am an engineer and they never seem to know what to say which makes me laugh a little. It would be amazing to see more woman in technical positions both here in Highways England and in the greater industry, and over the years I have seen an increase which is good. Amazingly out of the 156 Presidents of the Institution of Civil Engineers, only two have ever been female including the current one, Rachel Skinner. This kind of gives you a good example of the gender bias of the industry.

The more women are seen in technical jobs the more we can drive out the ‘job for the boys’ attitudes and make a more diverse working environment for us all.