An options study assessing the condition of the A47 Longthorpe Footbridge in 2019 concluded that rather than undertaking maintenance activities on the existing bridge, a new footbridge will be required. Therefore, we will be replacing the existing A47 Longthorpe footbridge with a similar structure to improve safety and implementing ramps to improve accessibility across the footway.

Located between junctions 15 and 16 and approximately 3km west of Peterborough City Centre, the existing A47 Longthorpe footbridge carries a footway over the A47. The bridge was originally constructed in 1970. We have recently made an assessment of the bridge and we have found some defects.

We'll be replacing the existing footbridge with a similar one which has new ramps that are less steep and which meets the current industry design standards. The bridge has come to the end of its serviceable life. Replacing the existing bridge is better value for money than making the various repairs.

The new footbridge will have modern, up-to-date access ramps which will help those less able, and those with prams, pushchairs and bicycles cross the A47 more easily. To make room for the new ramps, we will need to remove about 100 trees from alongside the A47. We know trees are important, helping screen the A47 and supporting local wildlife. We’re working with a local charity to replace each tree we remove with another one and complying with Peterborough City Council's policy.

Work started on Monday 25 October and take about seven months to complete. We will carry out most of the work during the day with some occasionally being carried out overnight.

We will also need to close the A47 between junctions 15 and 16 for whole weekends, Friday night to Monday morning, several times. We expect weekend closures to start in early 2022. More details and dates are in the Roadworks section below. 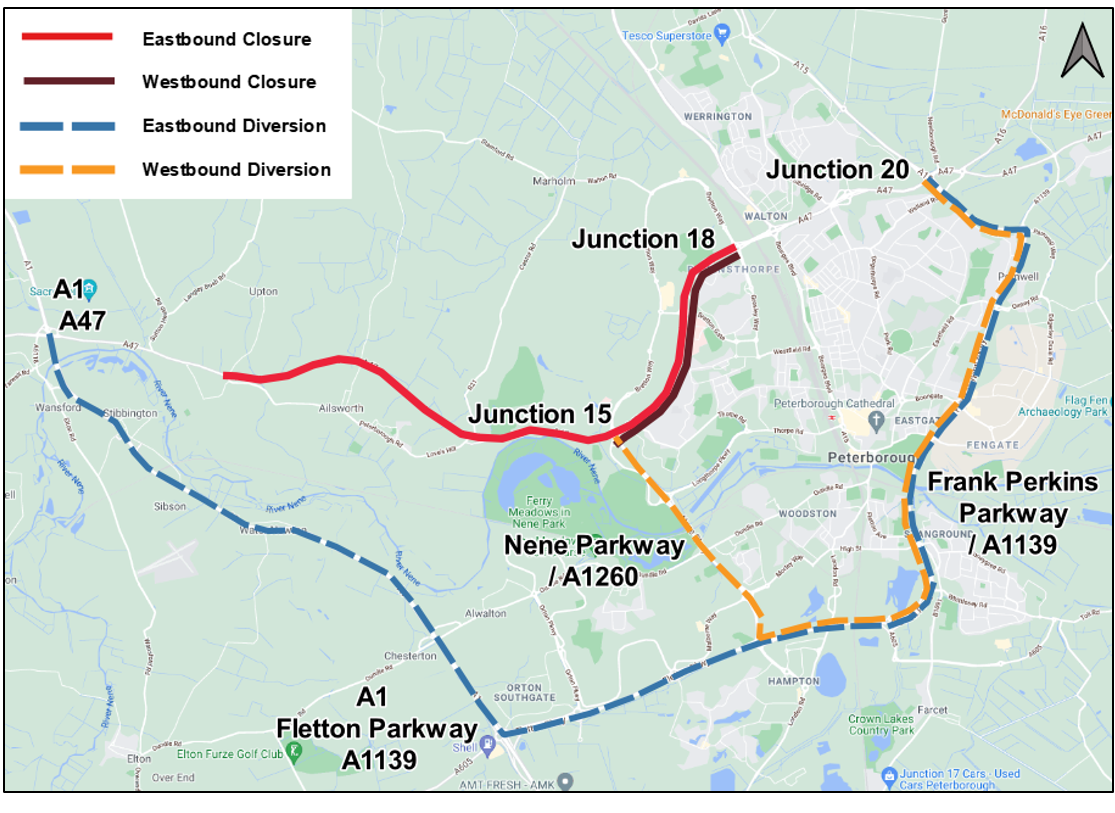