Historical buildings and relics dating back to the Middle Iron Age through to the Roman period have been unearthed by archaeologists working on National Highways A428 Black Cat to Caxton Gibbet improvement scheme in Bedfordshire. 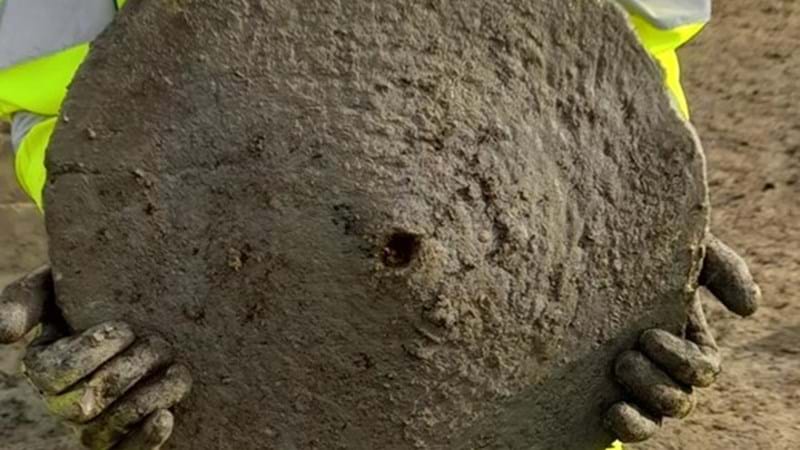 Since July 2021, archaeologists from the Museum of London Archaeology (MOLA) and the Cambridge Archaeology Unit, on behalf of National Highways, have been busy excavating as part of a wider programme of archaeology work on the proposed improvement project.

At a site known as Field 44 near the village of Tempsford in Central Bedfordshire, the team has uncovered evidence of an ancient farm, which has offered an incredible glimpse through time to see how life has changed over the last 6,000 years.

The farm’s story spans across a 700-year period from Middle Iron Age to the Roman conquest and beyond:

Flint arrowheads were discovered dating back to the Neolithic (c. 4000-2200 BC) and Bronze Age (c. 2600-700 BC), suggesting people were hunting animals in the surrounding landscape well before the farmstead existed.

The first communities at Field 44

The first evidence of a settlement is from the Middle Iron Age (c. 300-100 BC), with the unearthing of two large round houses dating back to that period. They measure more than 15 metres in diameter and contain evidence of the remains of butchered animals, pottery, loom weights and personal items. This shows that people both lived and worked in them. 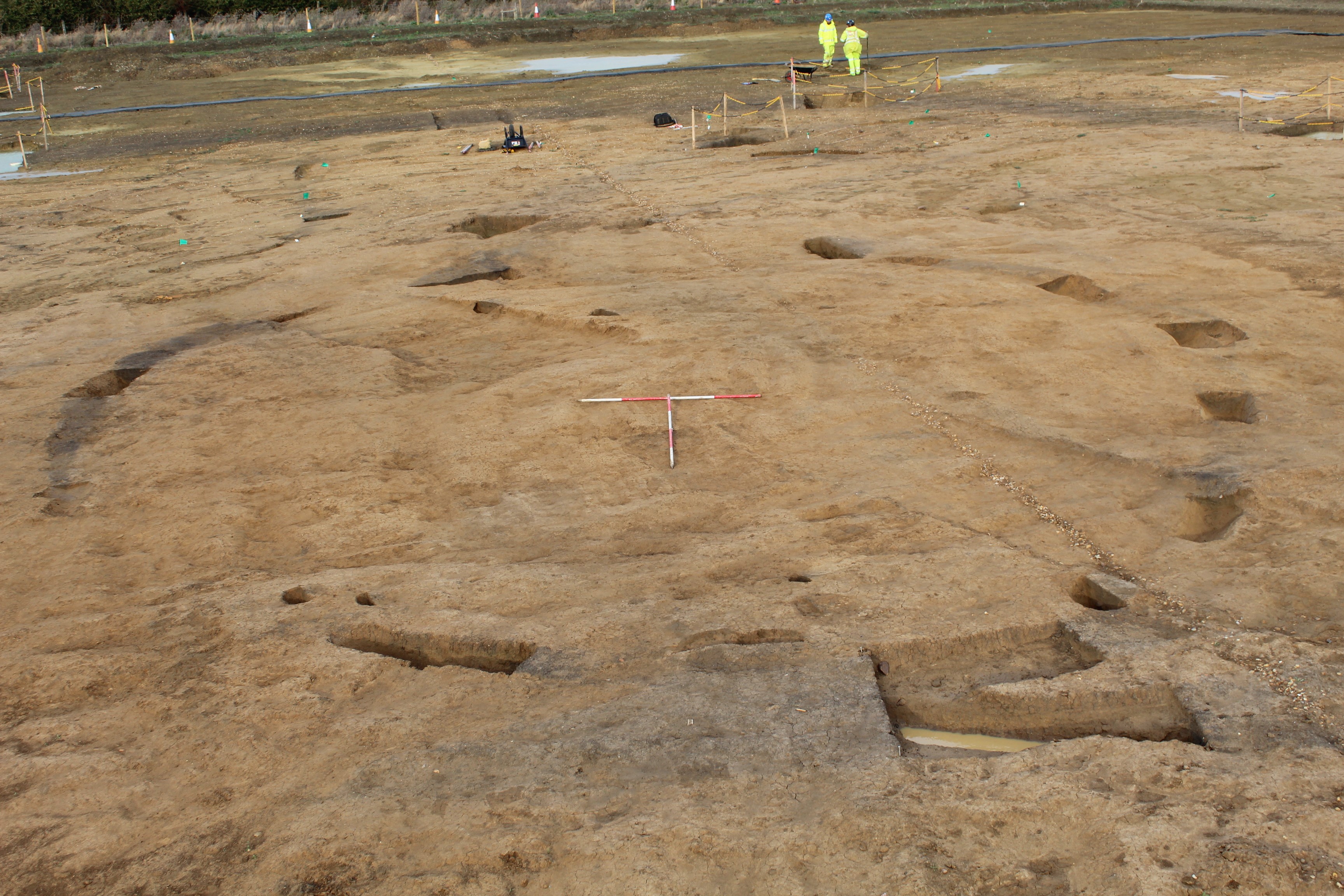 After the Roman conquest in AD 43 there is evidence the settlement expanded and continued to be occupied for around 400 years. During this time, farming was an important activity at this settlement. This is proved by the discovery of an oven used to dry grains and make malt for brewing, as well as by further grains and cereals found elsewhere on site.

The settlement was also a place where goods were being produced and traded. Archaeologists identified a Roman pottery kiln with vast numbers of failed pots, termed ‘wasters’. It is thought that livestock, craft items and agricultural surpluses will have been traded and transported off site to larger distribution centres in the area. 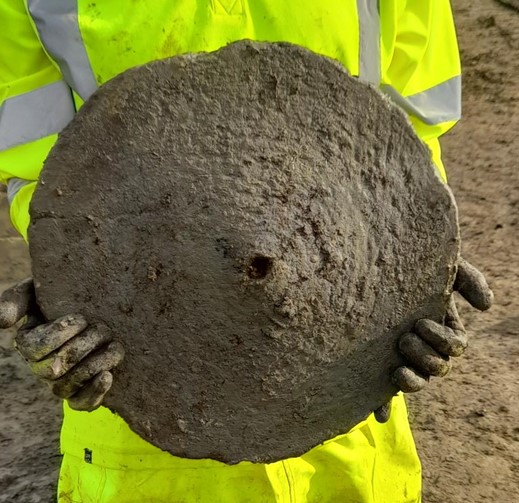 “The farmstead and artefacts we have unearthed near Tempsford are hugely exciting and significant finds as they help shape our understanding of what life in Bedfordshire was like over a period of 6000 years, and we can see how the site developed through different periods of time.

“What is particularly exciting is that the site was initially established beside a substantial boundary ditch, and we think this boundary was used to define a tribal area. This large ditch seems to have been maintained and occasionally redefined over time. The excavation in Field 44 will inform how we examine other sites in Bedfordshire and Cambridgeshire as we continue with the programme of excavations.”

As excavations on the project continue, specialists will begin to analyse the artefacts in more detail, which will reveal more about the site and who lived there.

For the latest information about the A428 Black Cat to Caxton Gibbet improvement scheme: