Over the last few months, we’ve been out and about doing wildlife surveys. These are the latest in a series over several years helping us to build a detailed picture of the wildlife around the A303 – what plants and animals are there and where they live. All that information will help us keep them safe during construction. 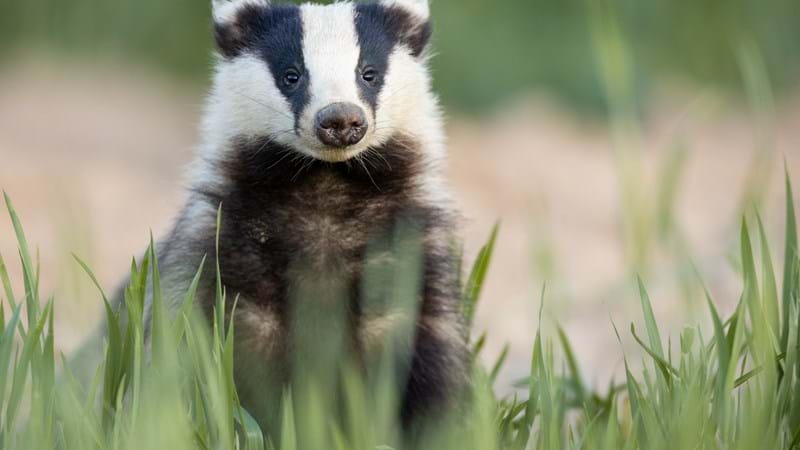 We’re creating more than 300 acres of new chalk grassland adding to what is already one of the world’s largest areas of this type of habitat. All sorts of animals will be able to move freely above the tunnel and across the new road on four green bridges.

The project will take practical steps to help protect the local wildlife and create new areas in future, leaving a lasting legacy for the environment in this area.

Badgers have a characteristic black and white-striped face, grey fur, and short furry tail. Did you know that around 80% of a badger’s diet is made up of earthworms? They can eat hundreds of them in a single night!

Playful, houseproud and expert foragers, badgers can occupy the same sett for generations, or make new setts within days.

There aren’t many ponds in this largely dry, open landscape, but we do find great crested newts and other amphibians in some parts of the Stonehenge landscape.

Living up to their name, great crested newts are the UK's largest newt species and are much darker in colour than other newt species. The males also show off their famous ‘crests’ from their name along their backs during the breeding season. They are also known as ‘warty newts’. We won’t harm any ponds and will take care to protect any newts in the area and once the scheme is built there will be more areas where newts can forage and rest.

Want to know more about how the A303 Stonehenge team are supporting the wildlife on Salisbury Plain? Follow us: