"We were delighted to work with Highways England on this project to improve cycling provision in this area next to the A303."

We’ve joined forces with Wiltshire Council to help improve the safety of walkers and cyclists with an upgrade of National Cycle route 45 around Solstice Park near Amesbury thanks to over £100,000 of Highways England funding.

Wiltshire Council completed work on a 350-metre section of the route in mid-March, which included widening the footway to accommodate the shared use of the cycleway for both cyclists and pedestrians. Four crossing points have also been upgraded, and signage has been improved.

National Cycle route 45 runs from Chester to Salisbury, two of England’s most picturesque and historical cities.  Previously a gap in the route meant that cyclists had to dismount and walk their bicycle along the footpath, or re-join the road to travel around two busy roundabouts. 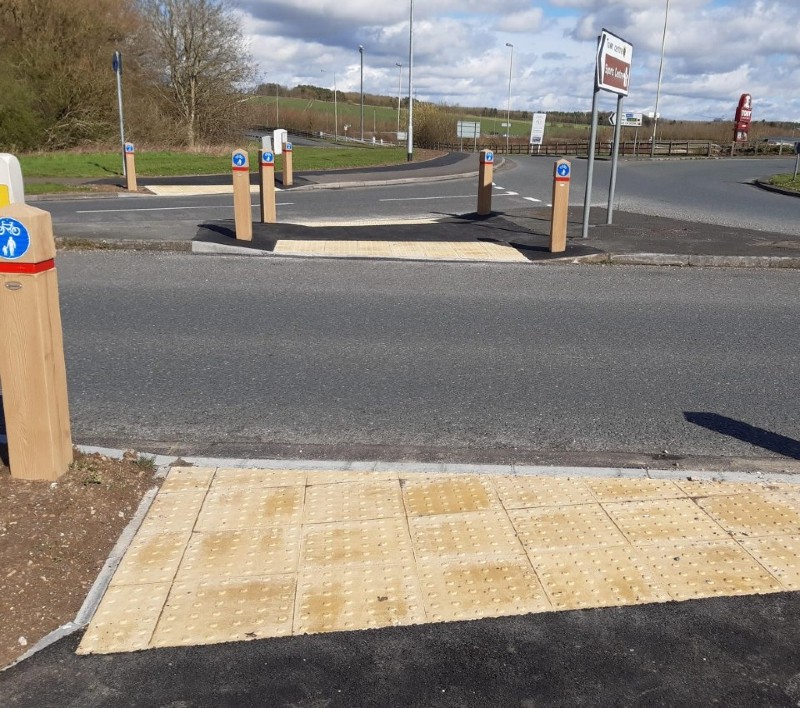 Once built, the A303 Stonehenge scheme will provide more than ten miles of public rights of way allowing people to better enjoy the ancient stones and help them to explore other fascinating prehistoric monuments in the surrounding landscape.

“We were delighted to work with Highways England on this project to improve cycling provision in this area next to the A303.

“This scheme will improve safety for both cyclists and pedestrians on this section of National Cycle route 45, and we look forward to more enhancements to cycling routes in the area when the A303 Stonehenge scheme gain approval from government.”

We’ve been working closely with Wiltshire Council and other stakeholders exploring ways to enhance existing routes for cyclists, pedestrians and horse riders, as well as providing additional links to the National Cycle Network.

The Cycle route upgrade was made possible through funding obtained from Highways England’s Designated Funds – which were set up to provide benefits to the people, communities and businesses who live and work alongside our strategic road network.